↓
This entry is part 3 of 4 in the series Photoheliograph

In April of 2016, I discovered a man named Warren De La Rue while looking through the London Stereoscopic Company website. He was a remarkable scientist and businessman. My interest was originally because of the stereo views of the Moon he made. My attention was soon drawn to an expedition to Spain he made in 1860 to photograph the total solar eclipse. My research led me to an article in the  Illustrated London News that had a woodcut of the research party in Spain. I was fascinated by the instrument used. Further reading led me to research the Kew Observatory’s photoheliograph. 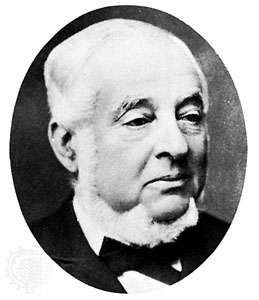 He wrote of the expedition in the Bakerian Lecture of 1862. This lecture was far more than an academic speech, he told of the preparations, the trials of the trip, and the generosity of the Spaniards he came across (it is a fun read, even if you skip the science). It was at this time I resolved to build my own device capable of photographing the sun. I also recalled that in a little over a year, a total solar eclipse would be within driving distance of me. I started more research, and gathering parts.

As with my 19th century photography hobby, I decided early on that the main purpose of this solar telescope would be education both of the use of the device itself, and the techniques of using it, as well as the results of its use. As a reenacting prop it will serve well to provide a way for the public to interact with a 19th century instrument, much like when I set up a camera for them to look through. The benefit of a solar telescope is plain, most reenactments occur during the day.

This will also be a useful scientific apparatus. It is, after all an f/9.5 refractor. The resolving power of the device is yet untested, however initial tests indicate that it should surpass the original, once the many techniques (observing and photographing) are mastered. As with any homemade telescope the various idiosyncrasies will have to be determined and dealt with. Much of the designing involved incorporating adjustability.

My small setup, with the photoheliograph prototype. Credit: Chris Olsen

I tried to make as close a model as I could of the photoheliograph. Many of the dimensions came from reports to the Kew committee, and photographs of the telescope. I tried numerous time to contact the museum where it is presently on display and was met with limites success. As a result I was left to use the available wood cuts, photographs, and scholarly articles to complete my model. There are some noticeable differences between the copy and the original. Most obvious is the diameter of the primary lens. The Kew was a Ross 3.4” 50”FL achromat. Mine is a 5”. This also means that the objective end is 2” larger than the original to accommodate the larger objective. The focal lengths and viewing end are similar enough to the original to withstand criticism.

The wood used on the Kew device is unknown to me, though I suspect mahogany. The grain appears too coarse for this, however the stability and workability of this wood makes it a likely candidate to me. I chose clear pine for my model. This was a compromise between cost and accuracy. While I briefly considered mahogany it was decided against using it due to cost, but predominantly due to the forestry practices involved in harvesting this wood. I could not in good conscience use a rain-forest wood when one of the inspirations for the project is an avid environmentalist.

When building the device some educated guesswork was required. For instance, the sliding shutter has been described briefly, however material and dimensions were absent. I extrapolated this information from other things such as focal length, eyepiece size, and focus spot size. As it happens, after the shutter was built, I found a letter that describes the original and I managed to get it correct.

The focusing mechanics were also unknown. I decided on a simple friction mount. The other option was a rack and pinion mount, however a proper metal one was cost prohibitive. The other materials were chosen as a balance between cost and historical accuracy. For example aluminum is used for the tracking mount. The original is made of brass. The amusing thing is that the cost of my using brass in 2016 is comparable in cost to De La Rue using aluminum in 1855. I also did not make an exact copy of the mount because of cost. The style is a German equatorial mount, as was the original. In addition, as this will need to be moved around for demonstrations, the cast iron stand is not practical, and a heavy tripod will be used instead.

Working within the limits of component availability I decided not to fret too much over the exactness of the replica. Outwardly, accepting the lens size, the replica is passable. The inner workings are the same, as is the method of observation and recording. I believe in this instance, the spirit of recreating the events slightly surpasses exactness. Pains were taken to ensure authenticity as much as possible. For example, stainless steel, modern fasteners, and the like were only used until proper fasteners were sourced. The only sticking point to this is the use of aluminum for the mount. The mount cost was less than $100, where using brass tube (the original used solid gun metal (bronze)) would be $220 at the least. Perhaps the money will be made available to make a correct mount. Until then the aluminum, painted black will do.

The prototype was built over the month of May 2016, and took the first solar pictures in june. It is roughly ½ scale, made from an entry level Meade telescope. The body is luan plywood. I used a modern 4x5 camera back so that I can use standard holders modified for wetplate. The sliding shutter is a prototype of the one in the full scale model. Originally, the prototype was the only one going to be built. I was going to become proficient using it, then sell photographs to fund the full scale replica. The required focal length lenses were expensive; when I could find them.

The Surplus Shed in Virginville Pa. serendipitously had a special run of 1200mm FL lenses made. There was only a week to purchase the lens before the production run was to begin. I quickly set up a crowd-funding campaign. The second day of the lens sale a donor fronted the bulk of the money to purchase the lens immediately.

While the lens was being manufactured, the research was kicked into high gear. No construction could be started without the lens in hand however. The general dimensions were known, so research into material and costs could be started. In addition, the shutter and secondary lens holders could be built.

The crowdfunding was done using indiegogo.com. This site was selected because of the ease of use and I could choose to take any money raised, even if the goal was not reached. The goal was set at $800.00, of which $345 was raised. I thought his was enough to build the telescope, but not the mount. After the body was completed, approximately $80 remained. This was enough to purchase the aluminum for the GEM mount axis. The remaining material for the mount was donated by a friend who is a machinist and telescope builder. The bulk of the cost was the lumber for the body which came to $42 per side.

Some tooling was needed as well, which came to ~$55. The remainder went to purchase the aluminum, hardware, finishing supplies, and glue. All said, including the $180 lens, the project cost was around $550, the overrun of donations was around $80, and covered by myself.