We're running a membership drive this month – our goal is 150 new members – and as a part of it we're including this blatant clickbait series... Besides, it's a chance to tell some of the funny stories that come up during cloudy nights at the VATT!

The old astronomer tells the tale... When I arrived, the lab was proud to boast that it had its own computer! It was, as I recall, a CDC 6400, with about as much power as your watch when it is asleep... but it took up a room the size of a classroom in the building. A special raised floor above all the cables. And, of course, a jacked up air conditioning system to take care of all the heat it put out. 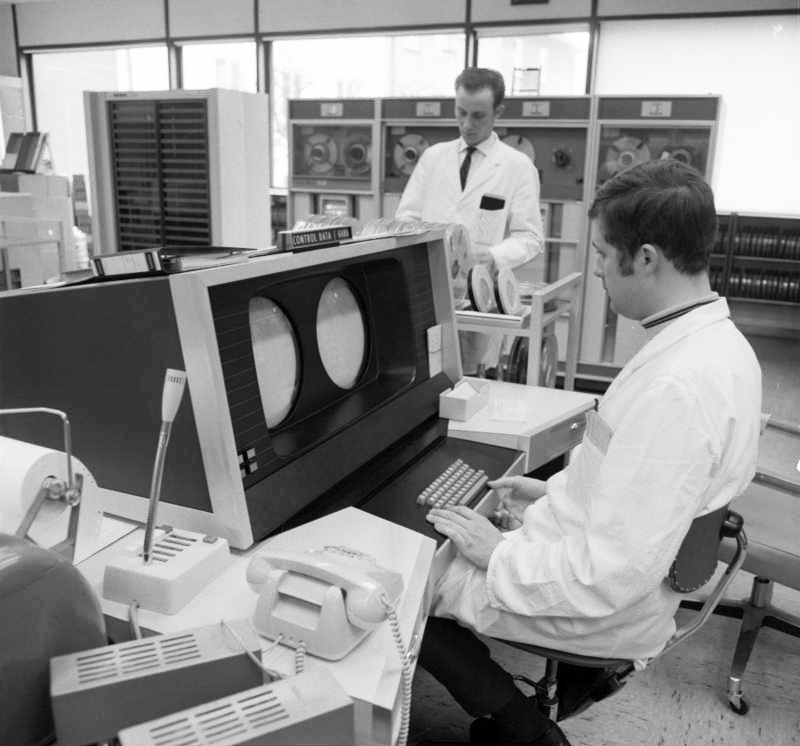 Control Data Systems 6400 courtesy of Wikipedia. The photo shows only a part of the contraption, which filled an entire room.

But times change, technology changes, and even computers changed. Eventually it was replaced by a new-fangled "mini-computer" (probably a PDP-11 but I don't actually recall) which was merely the size of a refrigerator.

Given that office space was always tight, the logical suggestion was to cut the computer room in half, leave the computer and its associated peripherals in one side and turn the other side into a set of offices (for the women who were hired to count craters... shades of Henrietta Swann Leavitt!)

Of course, the amount of air conditioning needed to cool a computer was much more than that needed to cool a group of human beings, but the ducts to both sides of the room shared the same large cold air input. So the less than logical solution was to install heaters in the ducts over the office space.

Likewise, the thermostat controlling both rooms was left in the computer room, while the thermostat for the heaters was installed in the office space.

Sadly, the heaters seemed to do nothing. The office was freezing, no matter how high the thermostat was set. On the other hand, the computer room soon started overheating, leading the computer operators to keep turning down the thermostat... to no avail.

Finally, after a very expensive chain printer broke down due to overheating, the air conditioning gurus were called in.

The heater had been installed in the wrong set of ducts.

Why should you click on our donate button and help support our site? Your money supports the work of the Vatican Observatory, including our research, our telescope, our biennial summer schools, our educational outreach... and our mission to serve as a living sign of how science and religion are not enemies but work together without preconceptions in search of the truth. About a third of our budget comes from donations. And rather than just being at the mercy of one or two big donors or foundations, we want to show that our mission has a broader appeal. So we're asking for lots of people willing to send us $10 a month as a sign that they support our mission..and enjoy reading our stories. Can you join us?