A predawn total eclipse of the Moon

In the last two hours of darkness before dawn on the morning of January 31, 2018, the Moon waded into the shadow of the Earth. The result was a total eclipse of the Moon. Despite a forecast of high clouds during the night, the sky remained clear.

There is a profound difference between a total eclipse of the Sun and a total eclipse of the Moon. As some of us witnessed last August, a solar eclipse begins quietly and innocuously, and as the Moon crosses over the Sun, the sky begins to darken, first gradually, and later precipitously and suddenly until, for a magic minute or two, the Sun disappears and is replaced by a jeweled crown. The eclipse of the Moon began gradually around 4:00 am, as the Earth’s partial shadow or penumbra began to work its way across the face of the Moon.   Instead of a sudden start, the beginning is so gradual that at least half the Moon has to be covered by the Earth’s penumbral shadow before it becomes noticeable. I woke up at 4:30 AM and crawled out to see the penumbral phase already well advanced.

Then, at about 4:45 AM, the dark edge of the umbra, the Earth’s central shadow, began its onslaught. That was obvious. For the next hour, more and more of the Moon became covered as the shadow crossed craters, mountain ranges, and maria. Wendee appeared shortly after 5:00 AM with an idea to watch the event through a closed window in our warm front room. That was a special treat. Even though it was not particularly cold outside,  the warmth of the front room was beckoning and fun. As we watched, I noticed a classic eclipse effect: the bright blue sky around full Moon, known to offer only the brightest stars, was giving way to a progressively darker sky filled with thousands of beautiful stars.

I had planned for this eclipse to be a mostly visual event for me. But I did want to take one picture using my camera’s fish-eye lens. About twenty minutes into totality, I took a 30-second exposure of the night sky, at full Moon, with the totally darkened Moon in the picture. 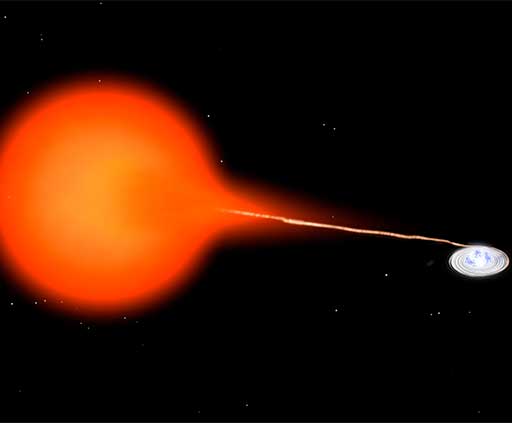 There was also a chance to check on my favorite variable star. Discovered by Clyde Tombaugh, who found Pluto in 1930, this star is known formally as TV Corvi even though I call it Clyde’s Star. It was nice to get a check on my old friend in the middle of a lunar eclipse.

It was certainly time to look back at the Moon. The eclipse was dark, but not particularly dark. On Danjon’s luminosity scale for total lunar eclipses, I gave this one about a 2.5. This is also not the first time I have seen this particular eclipse. When I first saw it in the predawn hours of December 30, 1963, dust from the erupting volcano Mt. Agung darkened the shadow so much that the Moon essentially disappeared at totality. By coincidence the volcano was erupting again in the months preceding this eclipse but not nearly as calamitously. That distant eclipse of my youth was a L=0 on the Danjon scale.

Eclipses prove that things happen in the sky. The heavens are not static. Thomas Hardy knew that, and he even wrote of it in 1903:

Thy shadow, Earth, from pole to Central Sea,
Now steals along the Moon’s meek shine
In even monochrome and curving line
Of imperturbable serenity.