School children in Michigan are taught that there are these mysterious things beyond the clouds; but the Sun, Moon, planets and stars are elusive to those who live under the "Michigan nebula." This last weekend, a Girl Scout troop was scheduled to do some viewing at the Warren Astronomical Society's Stargate Observatory; outreach volunteers had to give presentations inside one of the camp buildings because of cloud cover and cold; there was even a light covering of snow on the ground the next morning...

I go to a lot of science fiction conventions, and drag my telescopes with me; I frequently get blamed for bringing the clouds with me...

Many years ago, I picked up my brother from Detroit Metro Airport and drove him to Flint. During the ride, he complained that Michigan's continually overcast skies looked like the skies of Mordor; I can't stop myself from using that trope.

Saturn, Jupiter, the Moon, stars and constellations - and the rest of the Michigan's sky will be completely hidden behind an unrelenting cover of clouds - seemingly for eternity.[1] 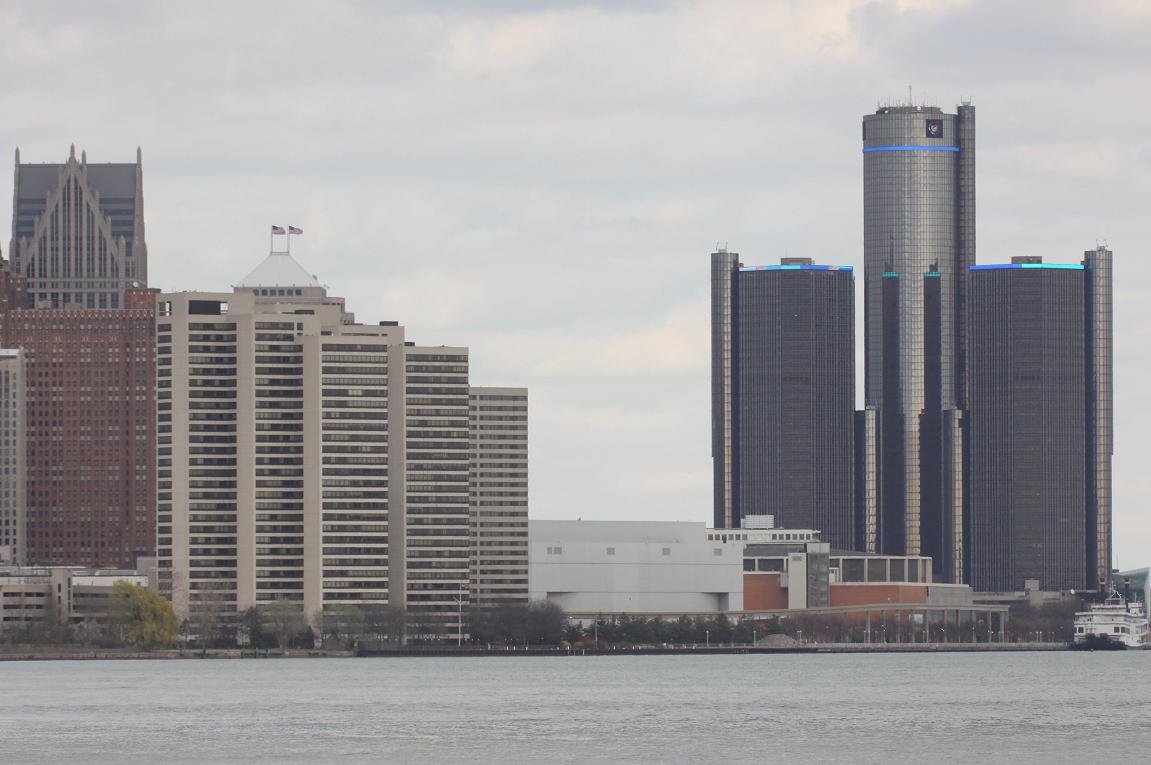 A shelf cloud is a low, horizontal, wedge-shaped arcus cloud. A shelf cloud is attached to the base of the parent cloud, which is usually a thunderstorm cumulonimbus, but could form on any type of convective clouds. Rising cloud motion often can be seen in the leading (outer) part of the shelf cloud, while the underside often appears turbulent and wind-torn. Cool, sinking air from a storm cloud's downdraft spreads out across the land surface, with the leading edge called a gust front. This outflow cuts under warm air being drawn into the storm's updraft. As the lower cooler air lifts the warm moist air, its water condenses, creating a cloud which often rolls with the different winds above and below (wind shear).

People seeing a shelf cloud may believe they have seen a wall cloud. This is likely a mistake, since an approaching shelf cloud appears to form a wall made of cloud. A shelf cloud usually appears on the leading edge of a storm, and a wall cloud will usually be at the rear of the storm.

A sharp, strong gust front will cause the lowest part of the leading edge of a shelf cloud to be ragged and lined with rising fractus clouds. In a severe case there will be vortices along the edge, with twisting masses of scud that may reach to the ground or be accompanied by rising dust. A very low shelf cloud accompanied by these signs is the best indicator that a potentially violent wind squall is approaching. An extreme example of this phenomenon looks almost like a tornado and is known as a gustnado. - Wikipedia

Mars and the Moon will appear the same size in the sky (for a few minutes) today!

The orbits of those two bodies have caused scientists some concern, tho...

An Evening of Fun for the Entire Family!

Grab a lawn chair and some popcorn and watch the show as the most intense geomagnetic storm since the 1859 Carrington Event causes magnificent auroras from pole to equator! You won't want to miss this! Observers in Michigan will likely be unable to see the Aurora, but they will be able to see power lines turn incandescent, and transformers on utility poles burst into multicolored displays! 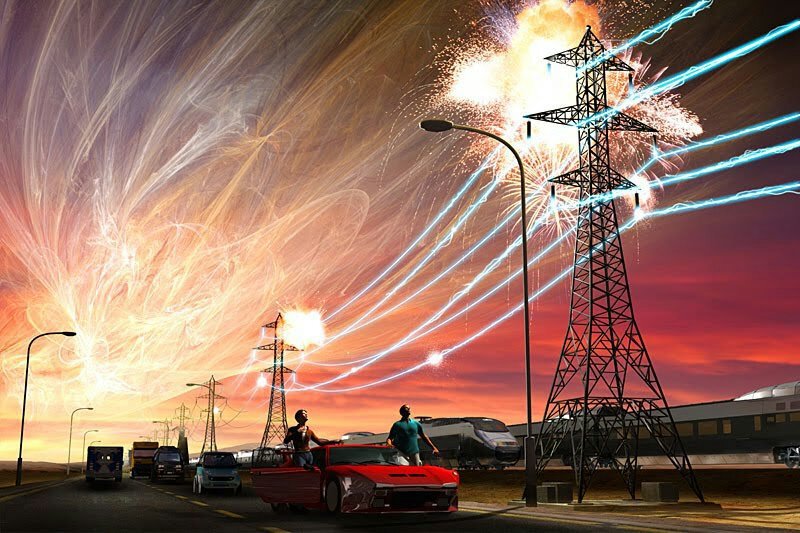 OUT OF THIS WORLD: A large green meteor was spotted blazing through the sky in Northern Florida Saturday night. ☄️ https://t.co/84KrlbNUXV pic.twitter.com/tZE68GHWtT

The planets will be completely thrown off their orbits as a 1 million solar mass black hole has passes through the solar system. Film at 11:00 PM!

Yesterday, #Beresheet passed #Earth for the last time at about 1,700 km away. The team succeeded in taking rare photo of earth from approx. 16,000 KM. In the photo: the Arab Peninsula & Southeast Africa. Yesterday’s rain clouds covered #Israel. #IsraelToTheMoon pic.twitter.com/iOb1cGnEnr

The Climate Has Been Completely Fixed!

After talking to so many of our leaders I have now realised that they have the climate crisis under control, they understand the emergency and are ready to act.
So I’ve now decided to stop striking and go back to school for good. I will no longer school strike on Fridays.

[1] Ironically, as I was writing this my Michigan sky is (for the first time in a while) amazingly crystal blue!