Orion is high in the southeastern predawn sky as fall stars rise earlier each morning.

The constellation Orion high in the predawn sky to the southeast on Sept. 11, 2018. Credit: Stellarium / Bob Trembley.

The Moon joins Venus and Jupiter in the southwestern sky after dusk for several days early this week.

The Moon will join Mars and Saturn in the Southern sky after dusk, appearing very near Saturn on September 17th.

The Moon is a waxing crescent, visible in the southwestern sky after dusk. The Moon will be at first-quarter on September 17th, and should be a good observing target all week.

Zodiacal light (also called the "false dawn" when seen before sunrise) is a faint, diffuse, and roughly triangular white glow that is visible in the night sky and appears to extend from the Sun's direction and along the zodiac, straddling the ecliptic. Sunlight scattered by interplanetary dust causes this phenomenon.

Zodiacal light is best seen during twilight after sunset in spring and before sunrise in autumn, when the zodiac is at a steep angle to the horizon. However, the glow is so faint that moonlight and/or light pollution outshine it, rendering it invisible. ~from Wikipedia

You can see the Zodiacal light now if you escape the city lights - look to the east before dawn.

The Sun has been spot-free for 1 day. A huge coronal hole continues to dominate the Sun's north polar region, while a smaller equatorial hole is about to rotate out of view. There's something active with a lot of coronal loop activity within the equatorial hole The south pole appears to have have a small coronal hole forming. You can see the Moon in a couple frames of the animations below. The solar wind speed is 569.7 km/sec, with a density of 5.4 protons/cm3.

SpaceWeather.com says: "Right now, G1-class geomagnetic storms are sparking bright auroras around the Arctic Circle as a stream of high-speed solar wind buffets Earth's magnetic field." They have some very nice submissions to their aurora gallery.

Get your solar telescope out and look for some prominences - because they have been all over the Sun's limb for the last couple days!

Comet 21P/Giacobini-Zinner is a binocular-viewable comet, visible in the eastern sky after midnight, and before dawn. 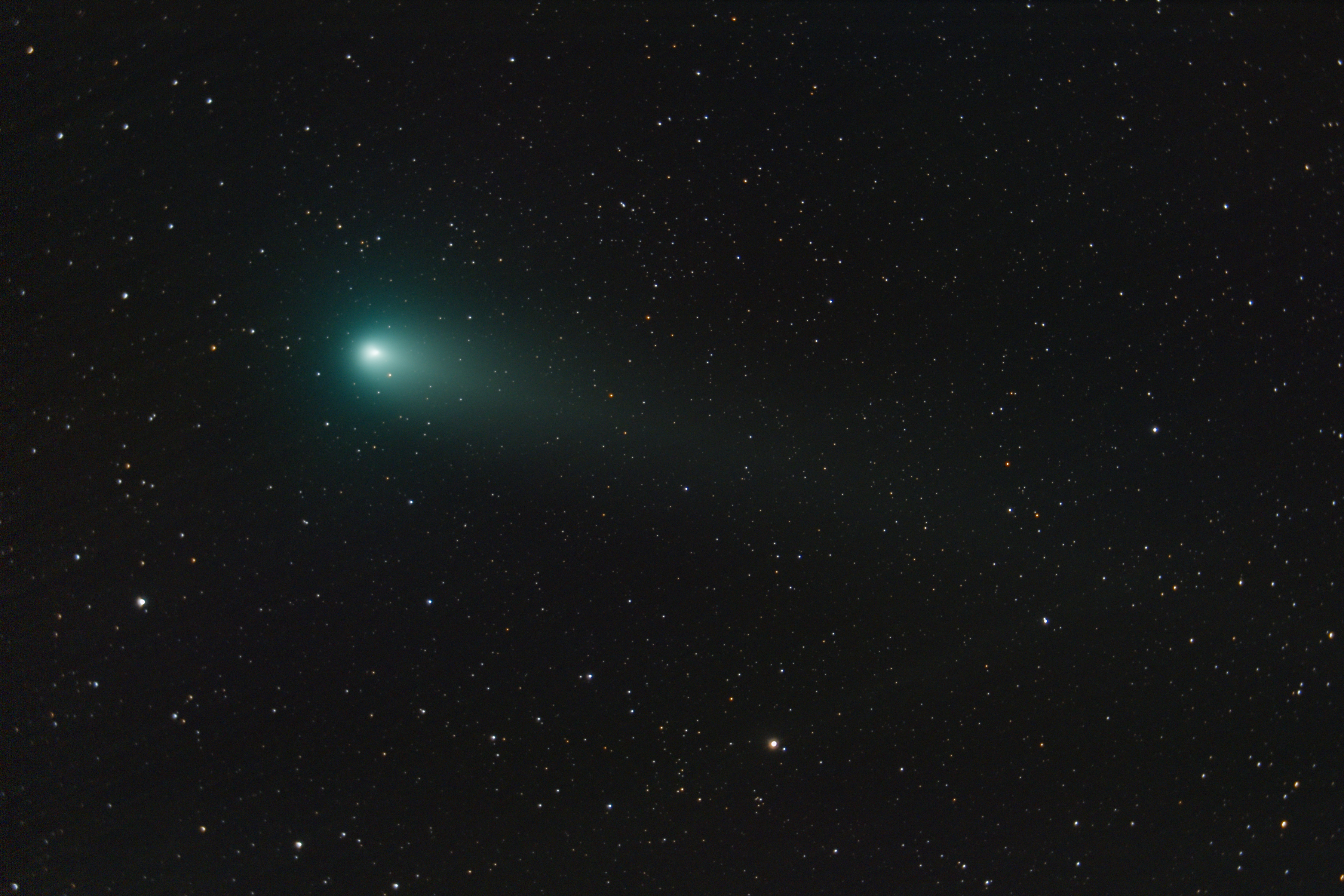 Position of the planets in the inner solar system, Sept. 11, 2018. Credit: NASA Eyes on the Solar System / Bob Trembley.

Position of the planets in the middle solar system, Sept. 11, 2018. Credit: NASA Eyes on the Solar System / Bob Trembley.

Position of the planets in the outer solar system, Sept. 11, 2018. Credit: NASA Eyes on the Solar System / Bob Trembley.

It has been a great two years since launch, but the coming year - as I approach and begin exploring #asteroid Bennu - will be even more exciting: https://t.co/2Piswc7J1v #ToBennuAndBack pic.twitter.com/FkjoDRLu9W

In other news, I am now a volunteer OSIRIS-REx Ambassador! So, you can expect to see me post a LOT more about this mission!

The Dawn mission to the asteroid belt is coming to a close.

The end is near for @NASA_Dawn. Feast your eyes on amazing footage from this mission to the asteroid belt: https://t.co/hERAVVYOdI pic.twitter.com/q5jhedxFND

NASA's Juno spacecraft is looking for hints of water in Jupiter's atmosphere.

Is there water deep in Jupiter's atmosphere, and if so, how much? Discover why we're using @NASAJuno spacecraft to look deep into the giant planet’s iconic red spot in search of answers to these questions, which have baffled astronomers for generations: https://t.co/8sU3geDvIO pic.twitter.com/3wd1LBLoOX