Keep your eyes on the southeastern predawn sky for the next several days - Jupiter returns to the morning sky and has a multi-day conjunction with Venus. The planets will appear closest on the morning of the 13th.

The waning gibbous Moon and is high in the southwestern sky before dawn; the Moon will be at third quarter Nov. 11th. I actually got to see the Moon this morning in a rare break through the Michigan clouds!

The Moon near Orion in the southwestern predawn sky on Nov. 7, 2017. Credit: Stellarium / Bob Trembley.

Saturn is barely visible above the treetops to the southwest after sunset. Soon, Saturn will be behind the Sun, in relation to the Earth, and will not be visible again until early March of 2018.

The Sun has no visible sunspots again this week...  it looks pretty boring through a white-light telescope. 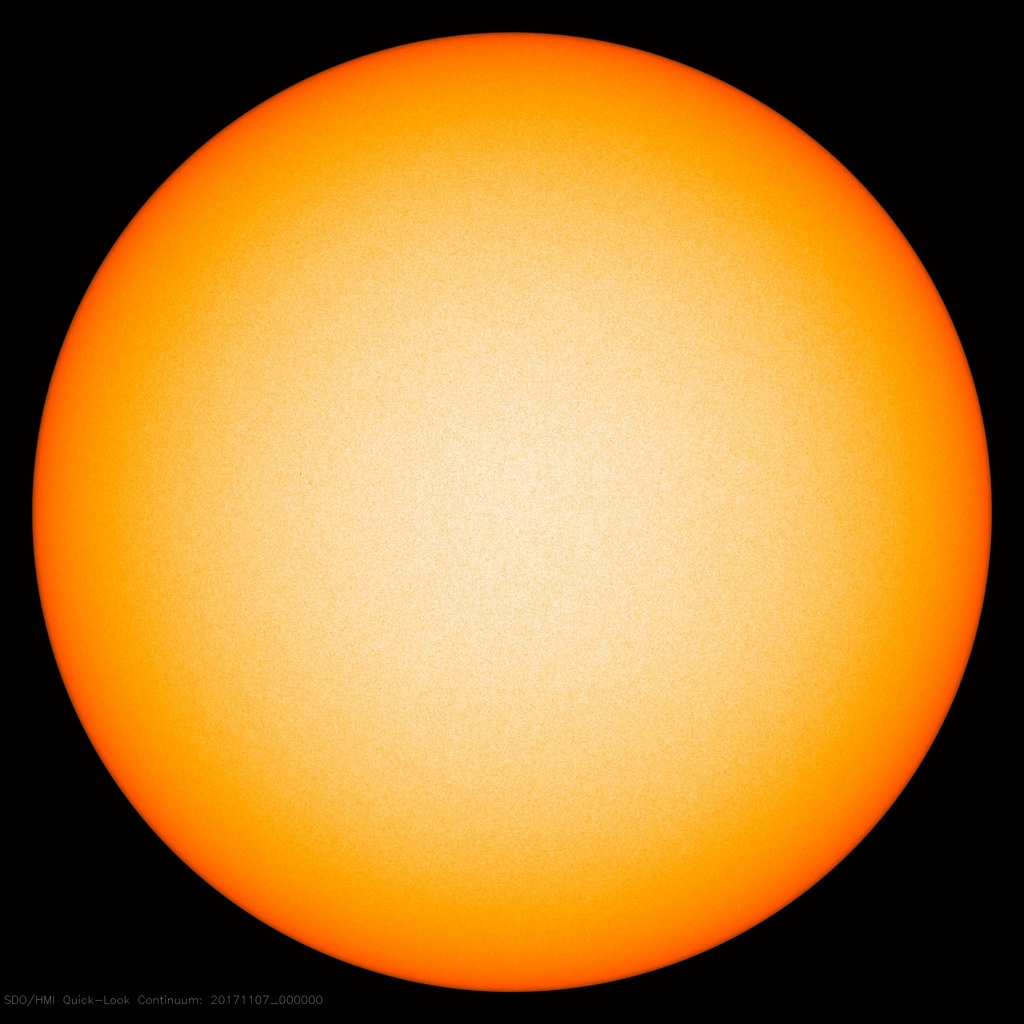 The Sun - Nov. 7, 2017 - Helioseismic and Magnetic Imager (HMI). Image courtesy of NASA/SDO and the AIA, EVE, and HMI science teams.

But the view through a hydrogen-alpha telescope (or from the Solar Dynamics Observatory) is a little more exciting. 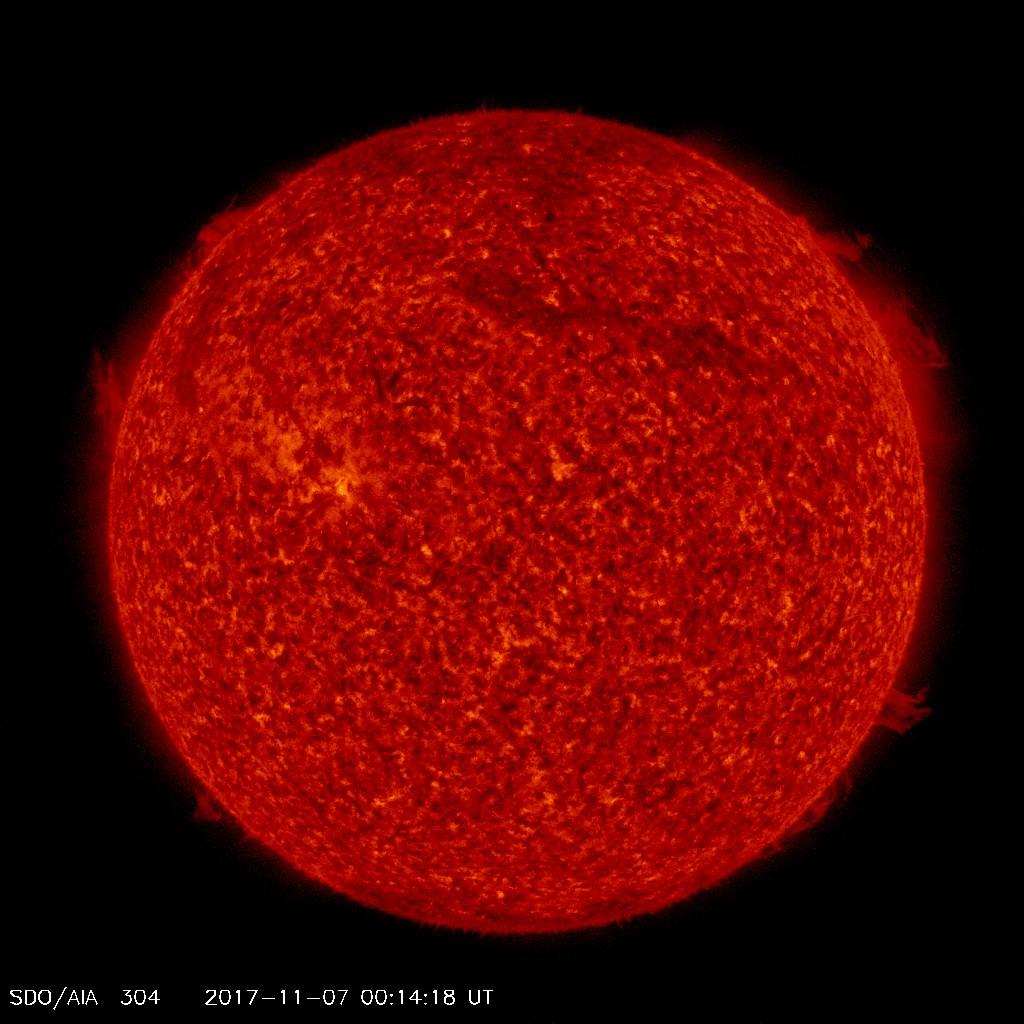 The Sun in 304 angstroms showing several prominences - Nov. 7, 2017. Image courtesy of NASA/SDO and the AIA, EVE, and HMI science teams.

Here's a close-up of prominences on the Sun's eastern limb:

The coronal hole I've been mentioning for a few weeks has migrated back to the Sun's northern hemisphere. Spaceweather.com says: "NOAA forecasters say there is a 45% chance of polar geomagnetic storms on Nov. 7th, increasing to 60% on Nov. 8th as Earth enters a stream of fast-moving solar wind. The gaseous material is flowing from a hole in the sun's atmosphere. Isolated periods of G1-class storming will likely spark bright naked-eye auroras around the Arctic circle and photographic auroras in northern-tier US States from Maine to Washington." 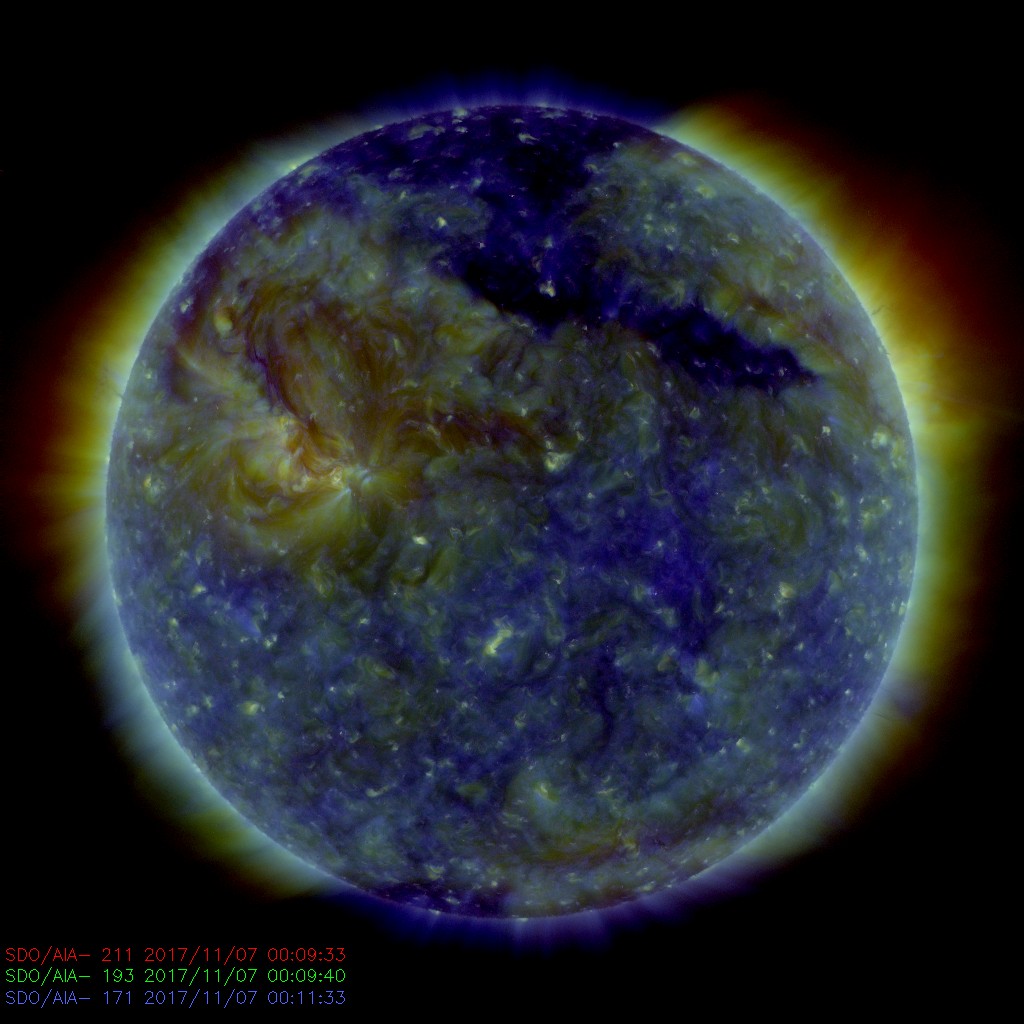 This is the position of the planets in the inner solar system using NASA Eyes on the Solar System. Note the position of Venus and Jupiter opposite the Sun from the Earth.

The asteroid visitor from interstellar space now has a name: 'Oumuamua. It also caused a "slight nomenclature problem" described below: