Mars opposition happens this week; several people told me recently that they've seen Mars in the southwestern sky during the early morning hours. I find myself looking for Mars almost automatically now.

Jupiter, Saturn, Venus and the Moon make sidewalk astronomy almost too easy for the next few days.

A friend and I set up our telescopes on a small hill, along a busy road in Calumet Michigan. We had a couple families with children show up and they got to see them all! We got some stunned "WOWs!" - those are always nice. The half-Venus was easy to see in the 'scopes!

The Moon will appear VERY near to Saturn on July 24th.

The Moon will appear near to Mars on July 27th, which also happens to the the day of the Mars opposition.

The Moon near Mars in the southern sky at midnight on July 27, 2018. Credit: Stellarium / Bob Trembley.

There will be a total lunar eclipse on 27th; North America will be unable to view this eclipse:

Saturn's rotational axis is angled such that its rings are tilted towards us; the planet is just beautiful in telescopes. This is a great time to show Saturn to first-time telescope users!

Saturn, as it appears in a small telescope. Credit: Bob Trembley / Stellarium

You can see quite a bit more when you look at Saturn using the Hubble Space Telescope! 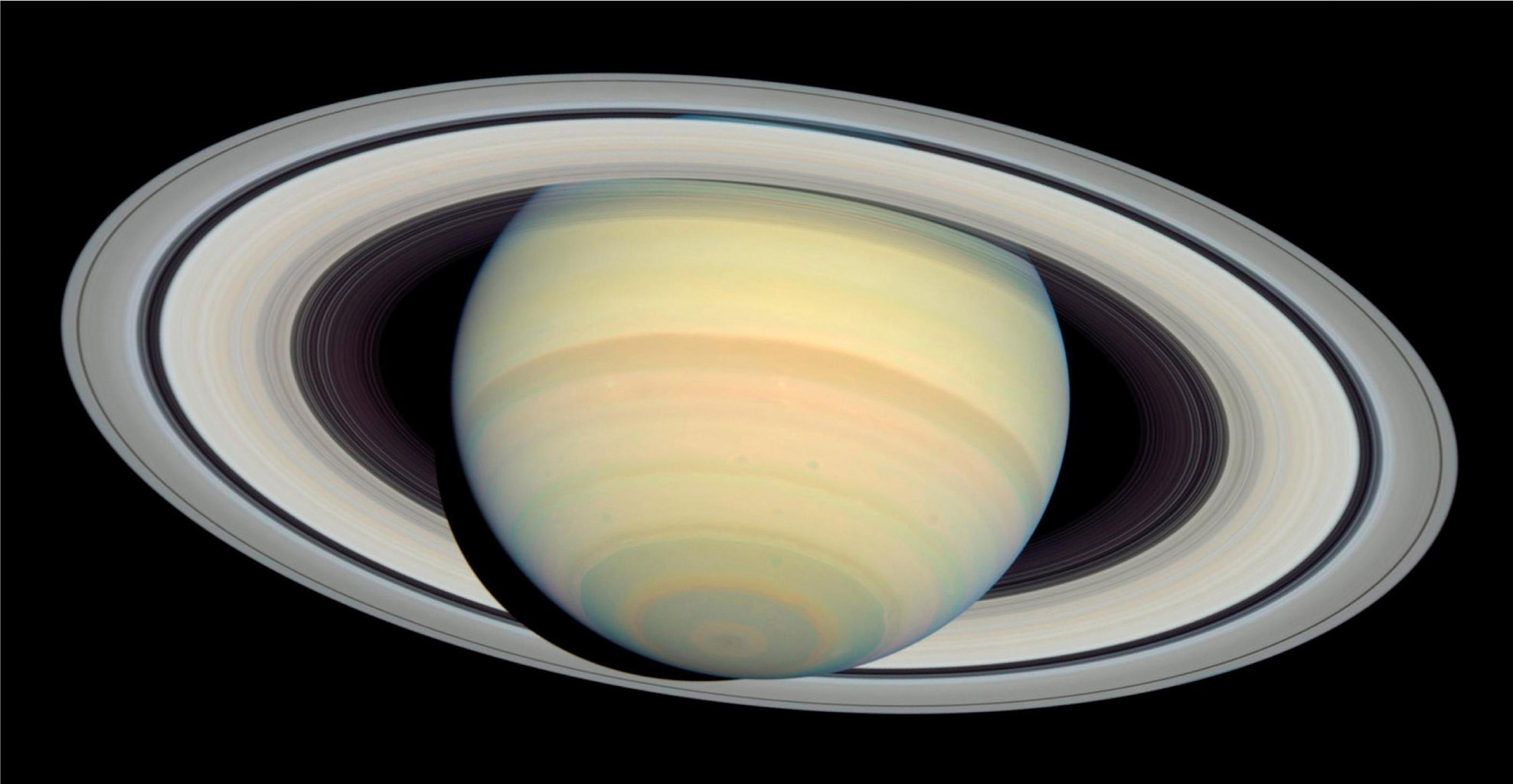 But the absolute best way to view Saturn is with an orbiting spacecraft... like the Cassini Spacecraft, which orbited Saturn from 2004-2017 collecting science data and hundreds of thousands of images.

Saturn's rings display their subtle colors in this view captured on Aug. 22, 2009, by NASA's Cassini spacecraft. The particles that make up the rings range in size from smaller than a grain of sand to as large as mountains, and are mostly made of water ice. The exact nature of the material responsible for bestowing color on the rings remains a matter of intense debate among scientists. Image Credit: NASA/JPL-Caltech/Space Science Institute

The Cassini mission to Saturn ended in September of 2017; NASA has been nominated for an Emmy award for this farewell to Cassini video:

Spaceweather.com says the Sun as been spot-free for 2 days - I'm not sure what reset the count from last week's 20; I haven't noticed any spots (honestly, I haven't been looking that hard this week), but there was that very active region rotating out of view last week... maybe that had something to do with it.

There are coronal holes at both poles, and an odd, elongated set of holes reaching towards the equator, and almost forming an island. The solar wind speed is 578.5 km/sec... WOW! ... with a density of 6.9 protons/cm3.

SpaceWeather.com says: "NOAA forecasters say there is a 65% chance of minor G1-class geomagnetic storms today, July 24th, when a stream of solar wind is expected to hit Earth's magnetic field. The gaseous material is flowing from a broad hole in the sun's atmosphere. Solar wind speeds are expected to exceed 600 km/s, based on reporting from NASA's STEREO-A spacecraft, which encountered the stream before Earth did."

It looks like there were lot of small prominences on the Sun yesterday... but when I took my new solar telescope out after an afternoon lecture, I could not spot any of them.

Position of the planets in the inner solar system - days away from Mars opposition - July 24, 2018. Credit: NASA Eyes on the Solar System / Bob Trembley.