Mars, Saturn and Jupiter are all visible in the southern predawn sky; the gap between Mars and Jupiter growing as Mars gets closer to Saturn each morning.

The Moon will be full on the 31st, and with it will come a total lunar eclipse. The total phase of this lunar eclipse will be visible in large parts of US, Russia, Asia, northeastern Europe, the Indian Ocean, Australia, and the Pacific. Hawaii will get an almost perfect view of totality.

I couldn't agree more with this Wired article about the over-use of media-hyped terms for astronomical events like this eclipse.

Lunar eclipses are sometimes called "Blood Moons." Sunlight gets filtered and refracted by the Earth's atmosphere; when the Moon passes through the Earth's shadow, it takes on a red-orangeish hue.

A Supermoon is when the full Moon is at perigee (its closest approach to Earth). The Moon will be at perigee during this eclipse.

January's Moon is sometimes referred to as the Wolf Moon.

So what does that give us? SuperDuperBlueBloodWolfMoon!

This animation shows where the total lunar eclipse can be viewed:

The Sun has been spot-free for 9 days. Triangular prominences, seem to be a recurring theme in the Sun's chromosphere in recent weeks - there's a fine example on the right side of  the image below. 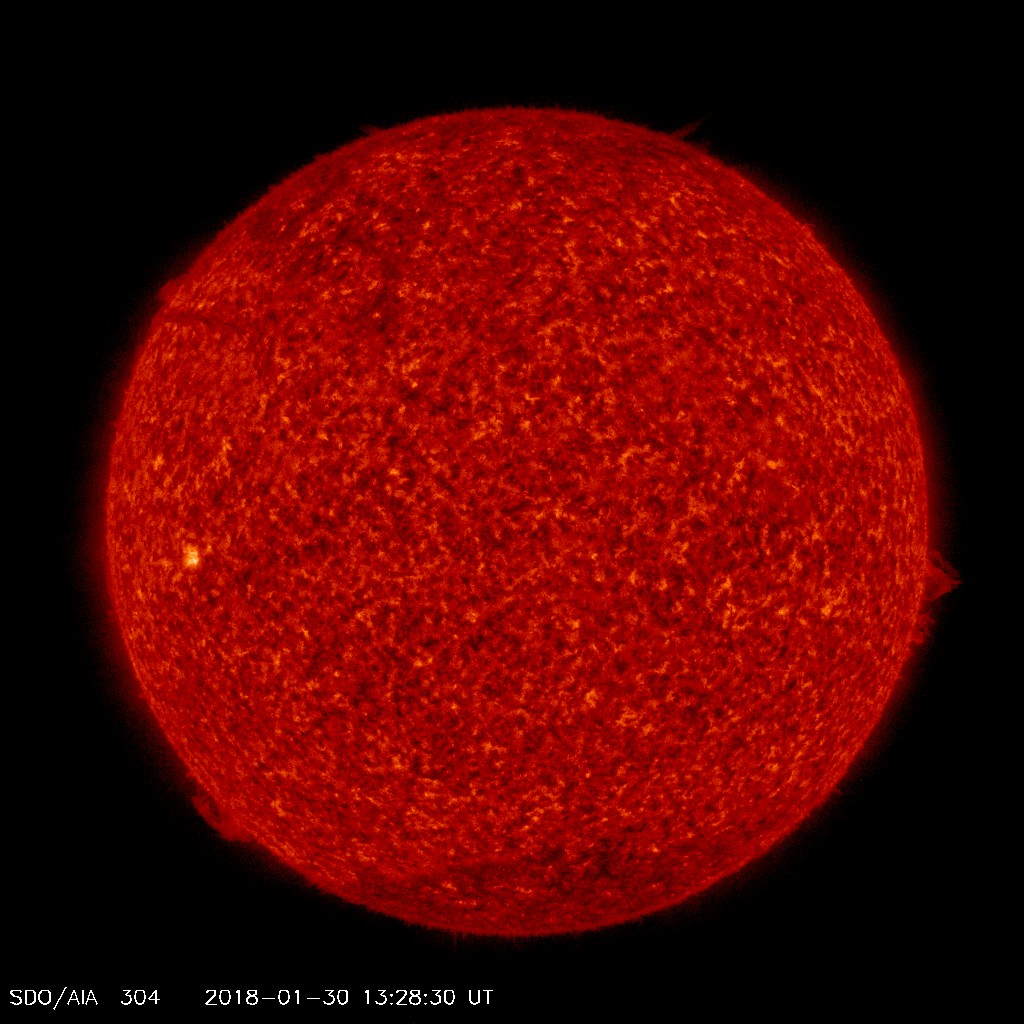 There are large coronal holes at both of the Sun's poles. The solar wind speed is 330 km/sec, with a density of 5 protons/cm3- lowest values I've seen in several weeks. 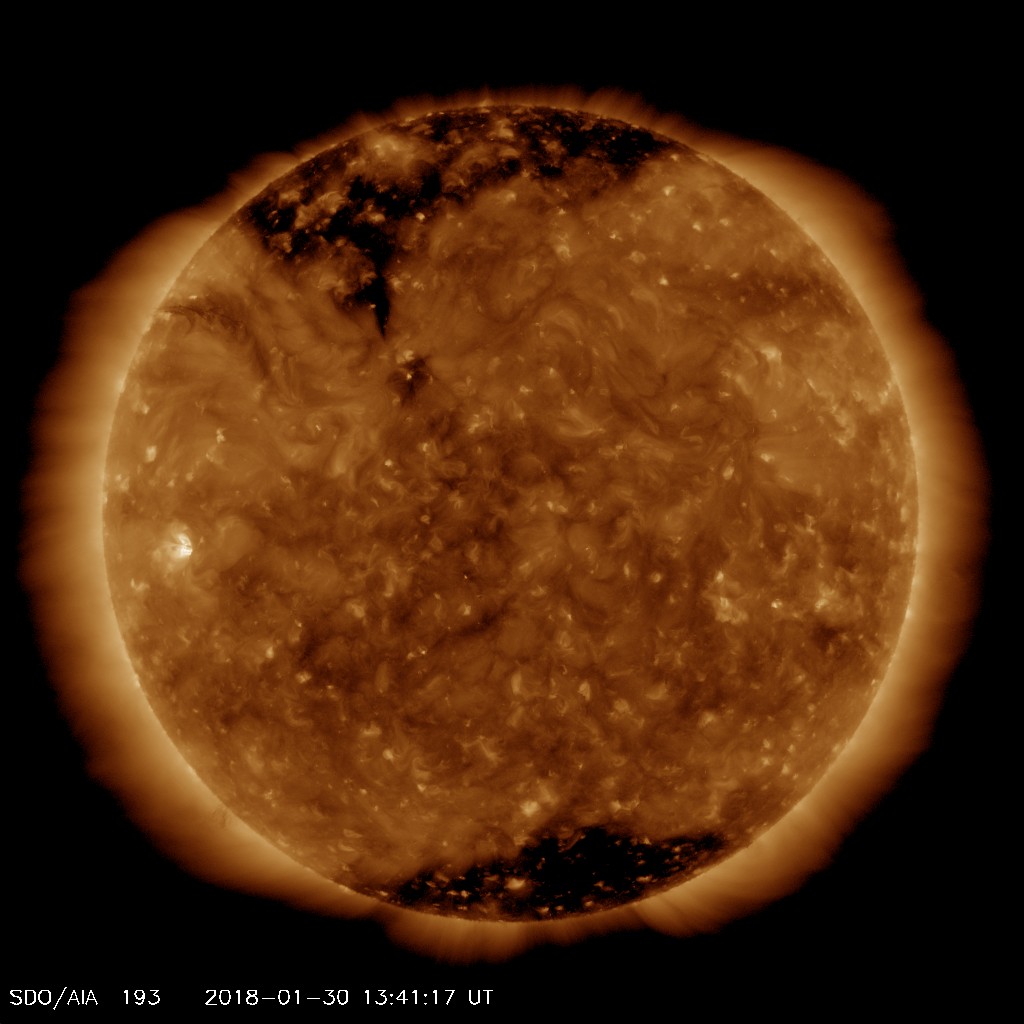 Position of the planets in the solar system, Jan. 30, 2018. Credit: NASA Eyes on the Solar System / Bob Trembley.