In the southern predawn sky, Mars and Jupiter continue to separate after their recent conjunction; Mars will slowly make its way southeast towards Saturn over the next several weeks. Saturn will get higher in the southeastern predawn sky with each passing morning.

The Moon is a waxing crescent, visible in the southwestern sky at dusk, and setting around midnight. 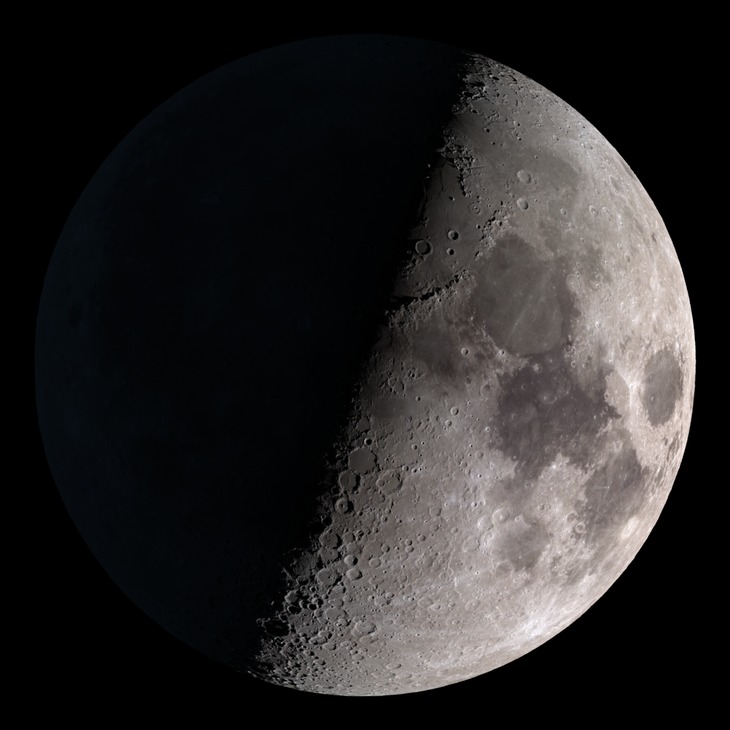 On January 31st there will be a total lunar eclipse - this will be the first Blue Moon eclipse in 150 years! 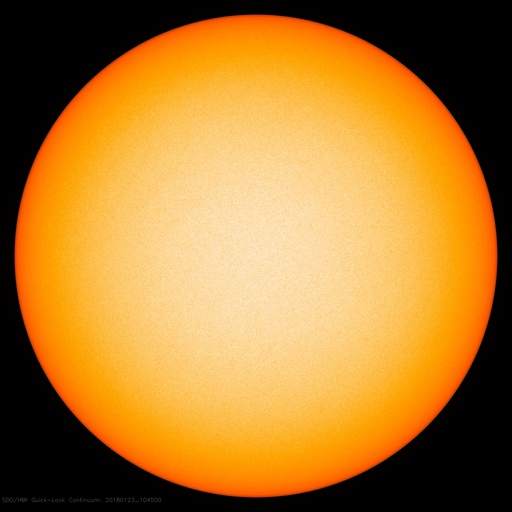 The Sun is spot-free, which was a shame last weekend - I set up my telescopes at ConFusion - a Science Fiction convention in the Metro-Detroit area. I've been bringing my telescopes to these conventions for several years now, and for the last 2 years, every weekend has been cloudy... or raining. This time, finally, the skies were clear and I got to set up my telescopes!

Annnnnnd there were absolutely zero sunspots to be seen through my 8" Dobsonian telescope. Nothing but a featureless white disk.

However, my 40mm PST (a solar telescope) showed an impressive triangular prominence, and a tall pillar prominence that several people got to see Saturday morning at the convention! There are several prominences on the limb of the Sun this morning too! 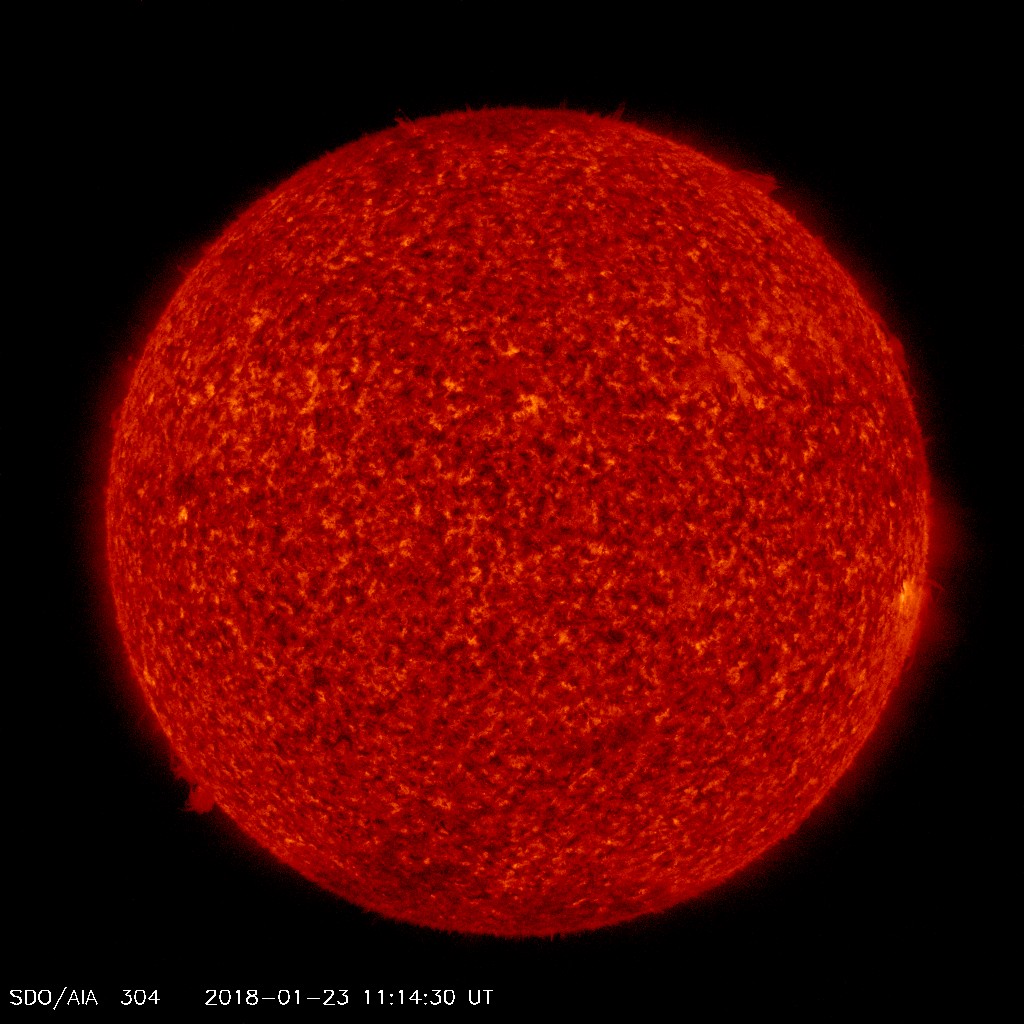 There is a large coronal hole in the Sun's southern polar region, and a smaller one in the north polar region. SpaceWeather.com says that the Earth has been inside a stream of solar wind coming from a coronal hole that now seems to have closed up in the last day (lower right of image). The solar wind speed is 495 km/sec, with a density of 6 protons/cm3. 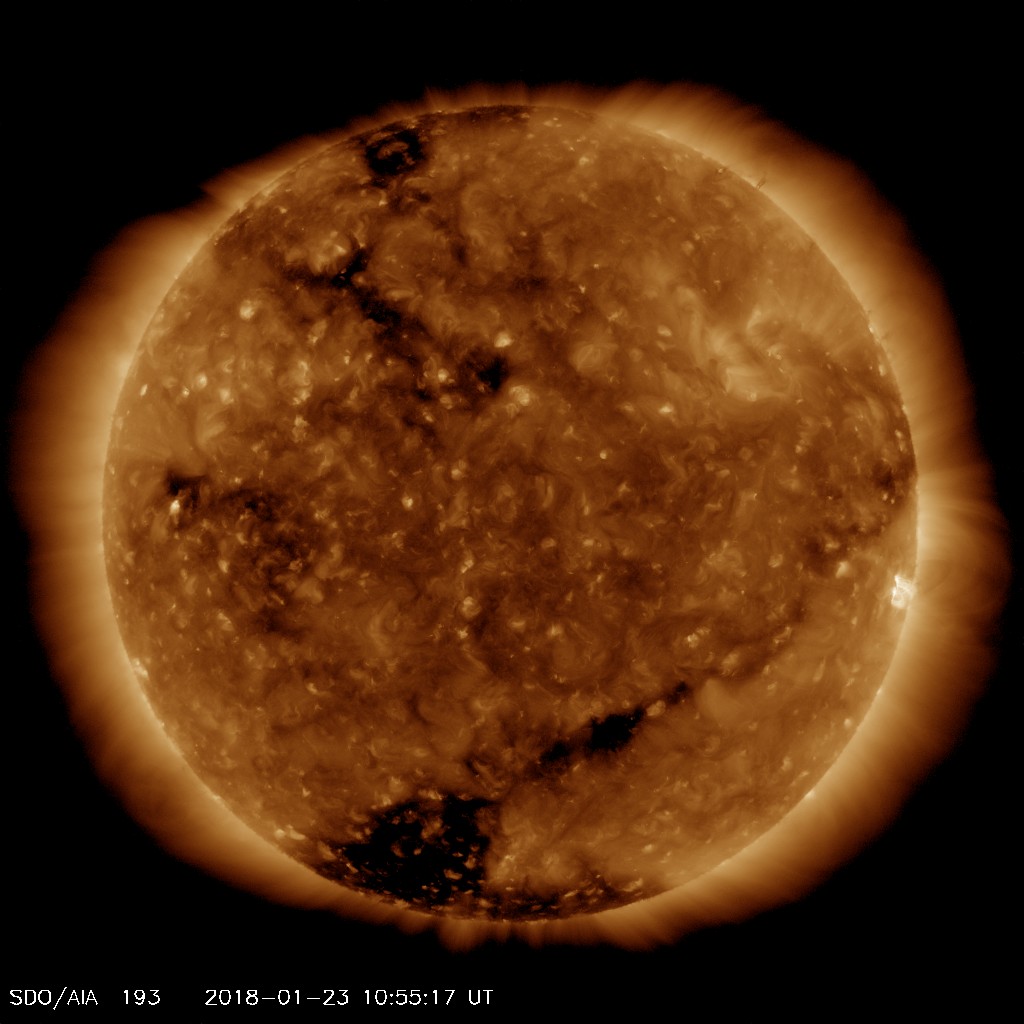 Seeing a meteor or fireball can be a thrilling experience. Having one explode overhead, releasing enough energy to light up the entire sky, and a shock-wave so strong it rattled windows and shook houses... thrilling is not quite the right word for it! That's exactly what happened over southeastern Michigan last week! See my stories on the Michigan fireball and meteorites found here: https://www.vofoundation.org/blog/series/michigan-meteor/

If you see a fireball or bolide, please REPORT IT to the American Meteor Society!

Position of the planets in the solar system, Jan. 23, 2018. Credit: NASA Eyes on the Solar System / Bob Trembley.