The megaconjunction of Mars-Jupiter and Mercury-Saturn in the southeastern predawn sky comes to an end as Mercury pulls away from Saturn, disappearing into the light of the dawn. Jupiter and Mars slowly separate over the coming weeks; Mars getting lower in the sky as Jupiter journeys southward.

The new Moon will be on the Jan. 17th. A waxing crescent Moon will be in the west-southwestern skies this weekend at dusk, setting a few hours after sunset. I'm really hoping the sky is clear this weekend as I'll be attending ConFusion - a Science Fiction convention, and bringing my telescopes; I always seem to get blamed for "bringing cloudy skies with my telescope..."

The Sun has 1 medium-sized sunspot, with some coronal loops associated with it.

Image courtesy of NASA/SDO and the AIA, EVE, and HMI science teams / edited by Bob Trembley.

The Sun's corona, seen here in extreme ultraviolet, reveals a weak northern coronal hole, and a small hole at the southern pole. There is, however, a mid-latitude coronal hole that pouring the solar wind out right at us. The solar wind speed is 432 km/sec, with a density of 6 protons/cm3. 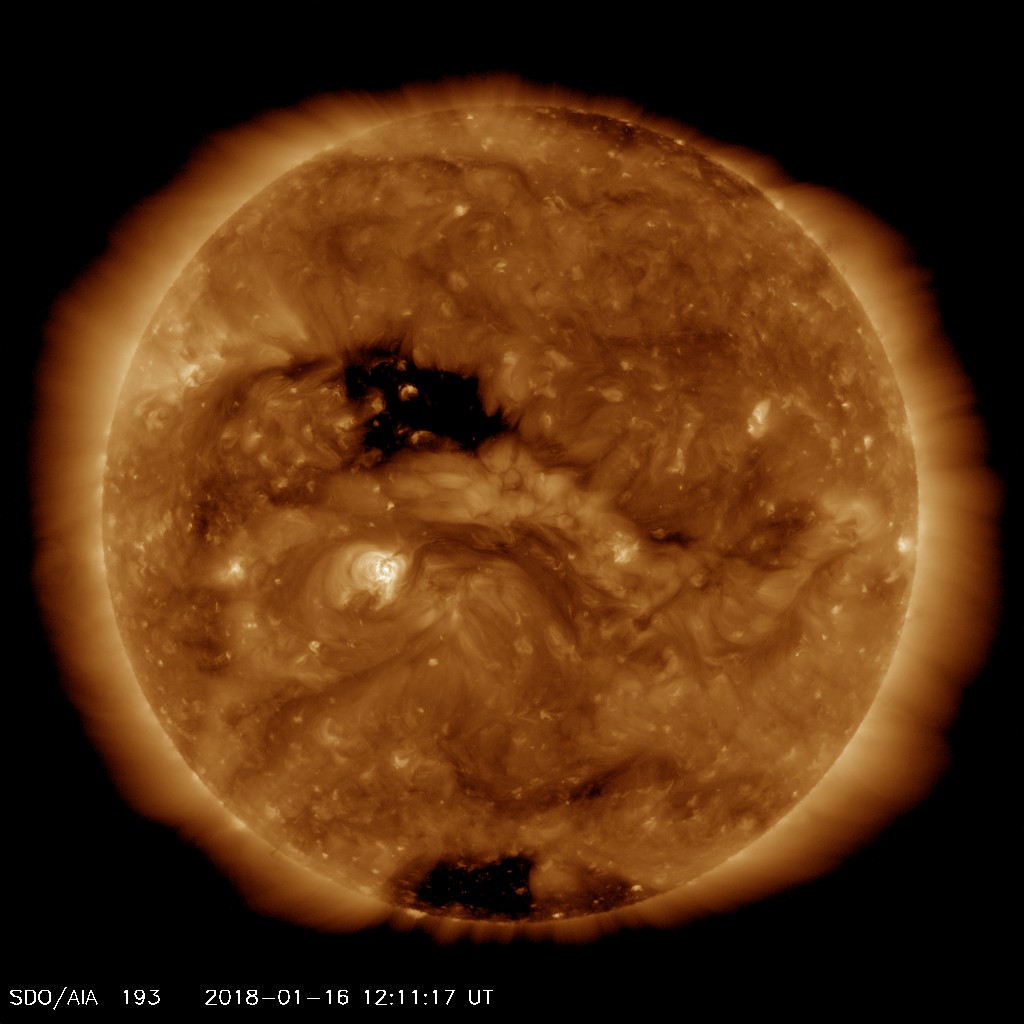 SpaceWeather.com says that the solar wind flowing from the coronal hole should reach Earth on Jan. 19-20, sparking G1-class geomagnetic storms. Keep your eyes to the skies and look for aurora!

Position of the planets in the inner solar system, Jan. 16, 2018. Credit: NASA Eyes on the Solar System / Bob Trembley.