Mercury rises with the dawn, low in the southeastern sky. Jupiter, Mars and the star Spica are aligned almost in a straight line in the predawn sky.

A thin waxing crescent Moon appears at dusk in the southwest on 21st.

The Moon with be at first quarter on Christmas; all week long would be a great time to set up your telescope and show the Moon to family, friends and neighbors during this holiday season!

One tiny little sunspot, and that's all folks! Click the image below to see a larger version at the Solar Dynamics Observatory site, then scroll way over to the upper-left to find the sunspot. 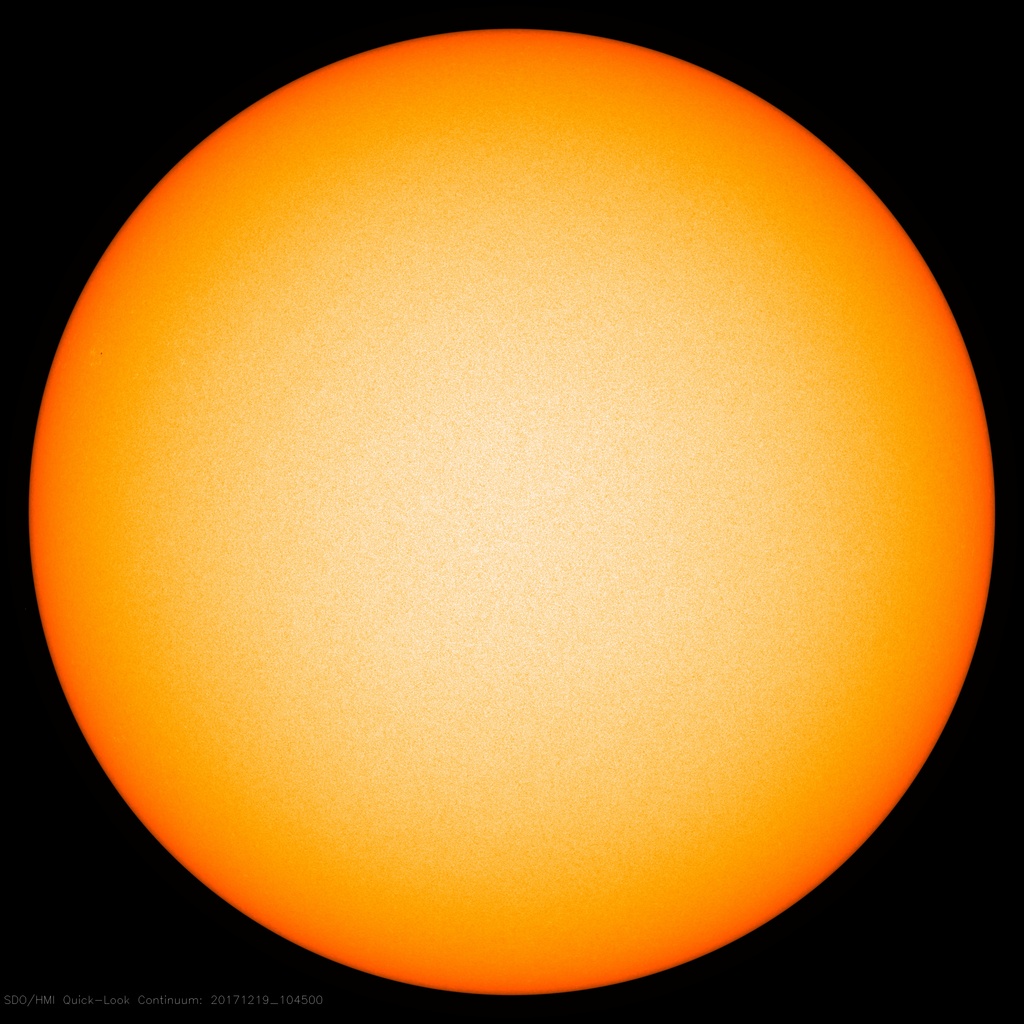 If you click the image above, in the close-up view you will notice grainy ... somethings on the Sun - these are called granules.

"Granules are small (about 1000 km across) cellular features that cover the entire Sun except for those areas covered by sunspots. These features are the tops of convection cells where hot fluid rises up from the interior in the bright areas, spreads out across the surface, cools and then sinks inward along the dark lanes. Individual granules last for only about 20 minutes. The granulation pattern is continually evolving as old granules are pushed aside by newly emerging ones. The flow within the granules can reach supersonic speeds of more than 7 km/s (15,000 mph) and produce sonic "booms" and other noise that generates waves on the Sun's surface." ~NASA

That barely-visible sunspot mentioned above has a lot of coronal activity associated with it; in the image below you can see the active region associated with the sunspot, and an "M" shaped coronal loop near it. I would not be surprised at all to see that sunspot grow over the next week. The solar wind speed is 531 km/sec, with a density of 5.0 protons/cm3 - slightly higher speeds, but less dense than last week. 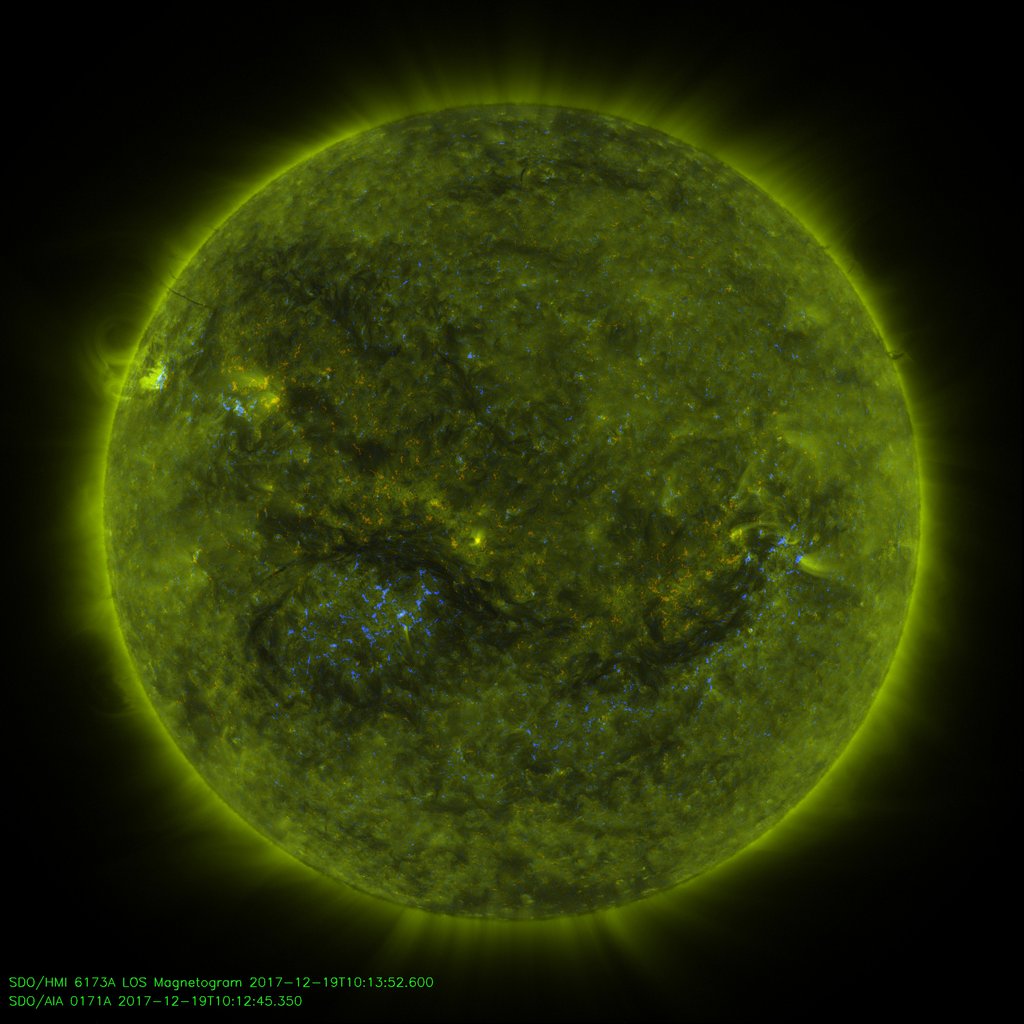 Position of the planets in the inner solar system, Dec.. 19, 2017. Credit: NASA Eyes on the Solar System / Bob Trembley.

This is the position of the planets in the inner and outer solar system simulated using NASA Eyes on the Solar System.