Jupiter and Saturn appear in the southwestern sky at dusk, getting closer getting closer to the Dec. 21 conjunction with each passing day! The waxing crescent Moon joins the pair of planets on Dec. 16 & 17.

Venus appears in the southeastern predawn sky all week, getting closer to the horizon with each passing day.

Mars, Uranus, the Pleiades star cluster and the bright star Aldebaran appear in the east-southeastern sky after sunset this week.

Mars, Uranus, the Pleiades and Aldebaran appear in the east-southeastern sky after sunset this week. Credit: Bob Trembley / Stellarium.

The constellation Lyra, with the bright star Vega appear above the western horizon after sunset this week.

The constellation Lyra appears above the western horizon after sunset this week. Credit: Bob Trembley / Stellarium.

The Moon is a waxing crescent- visible toward the southwest in early evening.

The first woman will reach the Moon with @NASAArtemis & there has never been a better time to introduce young women to STEM. 🌙 👩‍🚀

The #Artemis Moon Pod Essay Contest for K-12 students gives them a chance to envision their own lunar journey: https://t.co/GpOnEGGXPd pic.twitter.com/lhFSuzZgIr

There was a total solar eclipse on Dec. 14th - the Moon's shadow crossed over the South America.

For those not in the path of the eclipse, you can view a livestream here: https://t.co/T4yXkjkwUw pic.twitter.com/HNfxzVuGsm

The Sun has 2 sunspots. Sunspot AR2792 is energetic and poses a threat for C-class solar flares; on Dec. 14th it blew off a C4-class flare, with a coronal mass ejection (CME).

The limb of the Sun where these sunspots are rotating into view show a lot of coronal activity. Both the northern ans southern coronal holes appear to be a bit... lop-sided.

Lots of prominence activity over the last couple days - time for me to get that new mount for my solar telescope!

SOLARACTIVITY PICTURE OF THE DAY for Tuesday, December 15th, 2020 goes to Eduardo Schaberger Poupeau for this awesome partial of today's Solar eclipse. Eduardo commented: "Today in the south of my country, Argentina, there was a total solar eclipse, due to the pandemic and the difficulties in traveling, I decided to stay in my city where the eclipse was only 62%. Anyway always an eclipse in an event that is enjoyed a lot. This photo was taken during the maximum, with a Coronado Solarmax II 90mm single stack telescope and a ZWO 183MM camera."

Since February, @ESA & @NASA’s #SolarOrbiter spacecraft has been gathering data on the Sun and the inner solar system. Now, scientists are sharing some of their early findings — including some surprises. https://t.co/PYW0sjEja5 #AGU20 pic.twitter.com/vD35DfIDsJ

A couple close-passes less than 1 lunar-distance in the next couple days. 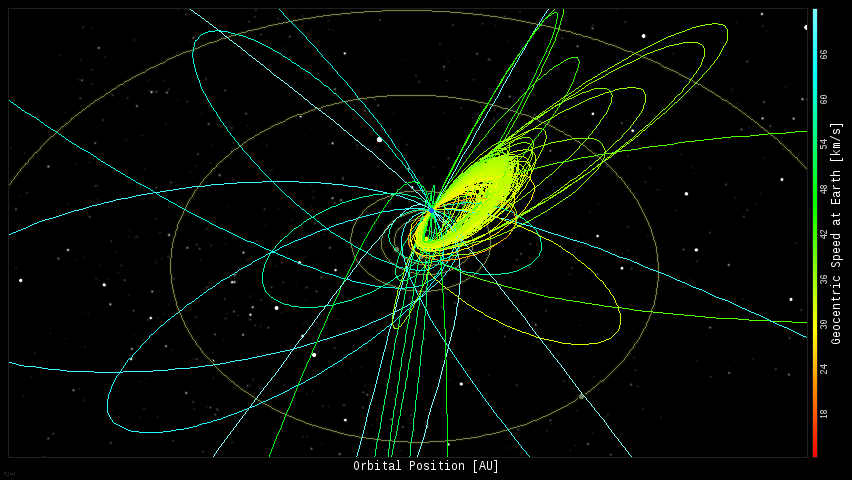 Position of the planets and a couple spacecraft in the inner solar system, 2020-12-15. Credit: Bob Trembley / NASA Eyes on the Solar System.

Position of the planets in the middle solar system, 2020-12-15. Credit: Bob Trembley / NASA Eyes on the Solar System.

Position of the planets and some transneptunian objects in the outer solar system, 2020-12-15. Credit: Bob Trembley / NASA Eyes on the Solar System.

Didn't we know this several years ago?

SwRI in the news: Earth isn’t the only ocean world in the solar systemhttps://t.co/Sbg2ftLuOY

Meet one of the many amazing members of my team. #CountdownToMars https://t.co/D6vi5CIxKB

Cardiac research and a new toilet installation were the Monday highlights for the Exp 64 crew aboard the station. More... https://t.co/VwBPfNqFtq pic.twitter.com/GAitObHIcZ 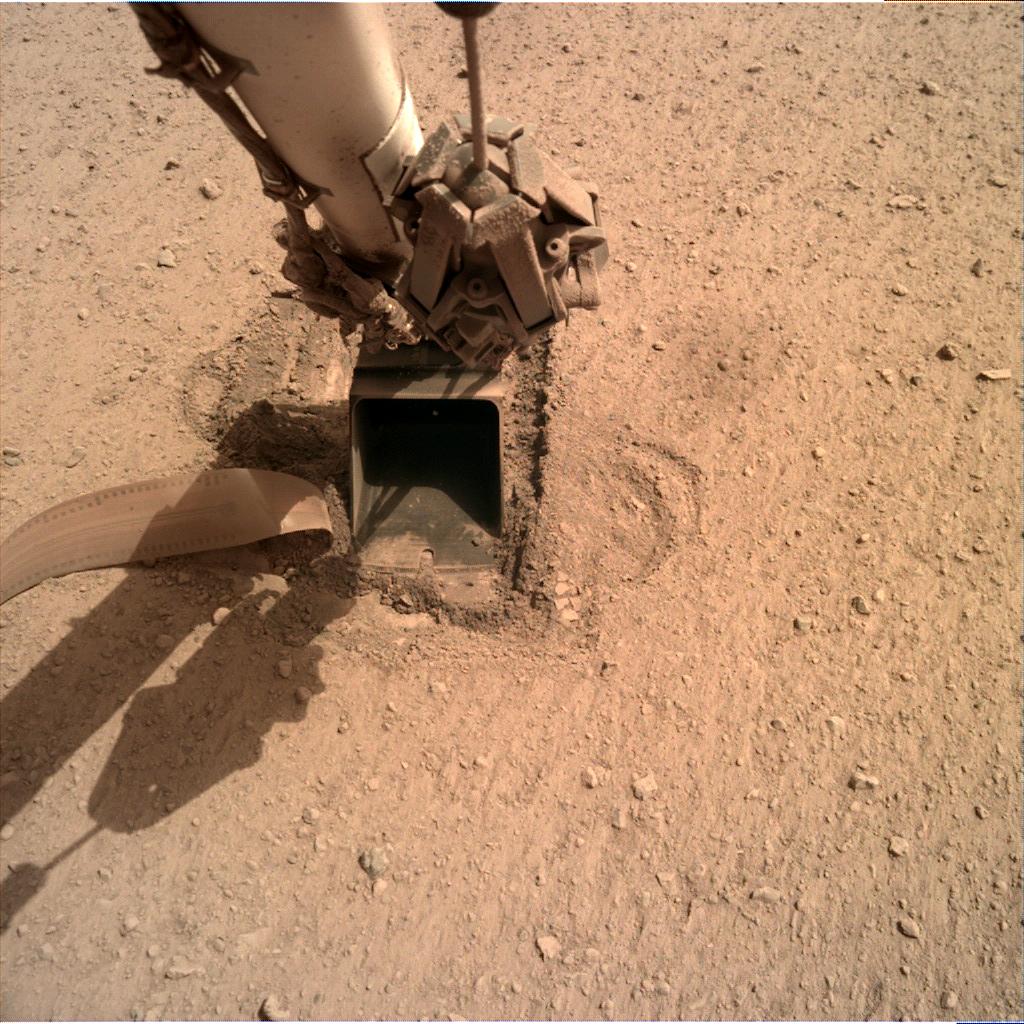 NASA's InSight Mars lander acquired this image using its robotic arm-mounted, Instrument Deployment Camera (IDC). This image was acquired on December 5, 2020, Sol 720 where the local mean solar time for the image exposures was 14:09:36.760 PM. Each IDC image has a field of view of 45 x 45 degrees. Image Credit: NASA/JPL-Caltech

HiPOD: Stepping It Up in Arabia Terra

How did the Landsat mission go from the spark of an idea to a 50-year legacy, with 350 posters & presentations citing the mission at this year’s #AGU20 meeting alone?
Discover in Landsat 9: Continuing the Legacy, narrated by @MarcEvanJackson https://t.co/RXbNG5mOL6

UPDATE: November 2020 was the warmest November globally since modern record-keeping began in 1880, measuring at 1.13 °C (2.03 °F) above the 1951-1980 baseline average. The 10 warmest Novembers have occurred in the past 12 years.https://t.co/AKvhatrHCO pic.twitter.com/lUL5pOIyjy

Join us! Watch #NASAScience Live this Wednesday, Dec. 16 at 3:00 p.m. EST to hear from people around the globe about how they’re doing NASA science and learn how you too can get involved with NASA’s citizen science projects.#citizenscience #DoNASAScience pic.twitter.com/mTezXoBqNd

A planet found with gravitational microlensing, MOA-2013-BLG-220L b, and new transmission spectra are this week's new data.

See our news summary page for the list of tables that contain the new spectra and planetary system parameters. https://t.co/gfSUzuaG0J pic.twitter.com/1ge3SnmWVy

A gift for you: upgraded PS tables and System Overviews! 🎁🎁🎁

This bump in versions brings us one step closer to a more integrated NASA Exoplanet Archive -- and a step closer to retiring our older tables. Read the latest in our news:https://t.co/gfSUzuaG0J pic.twitter.com/cGuztP01Kk 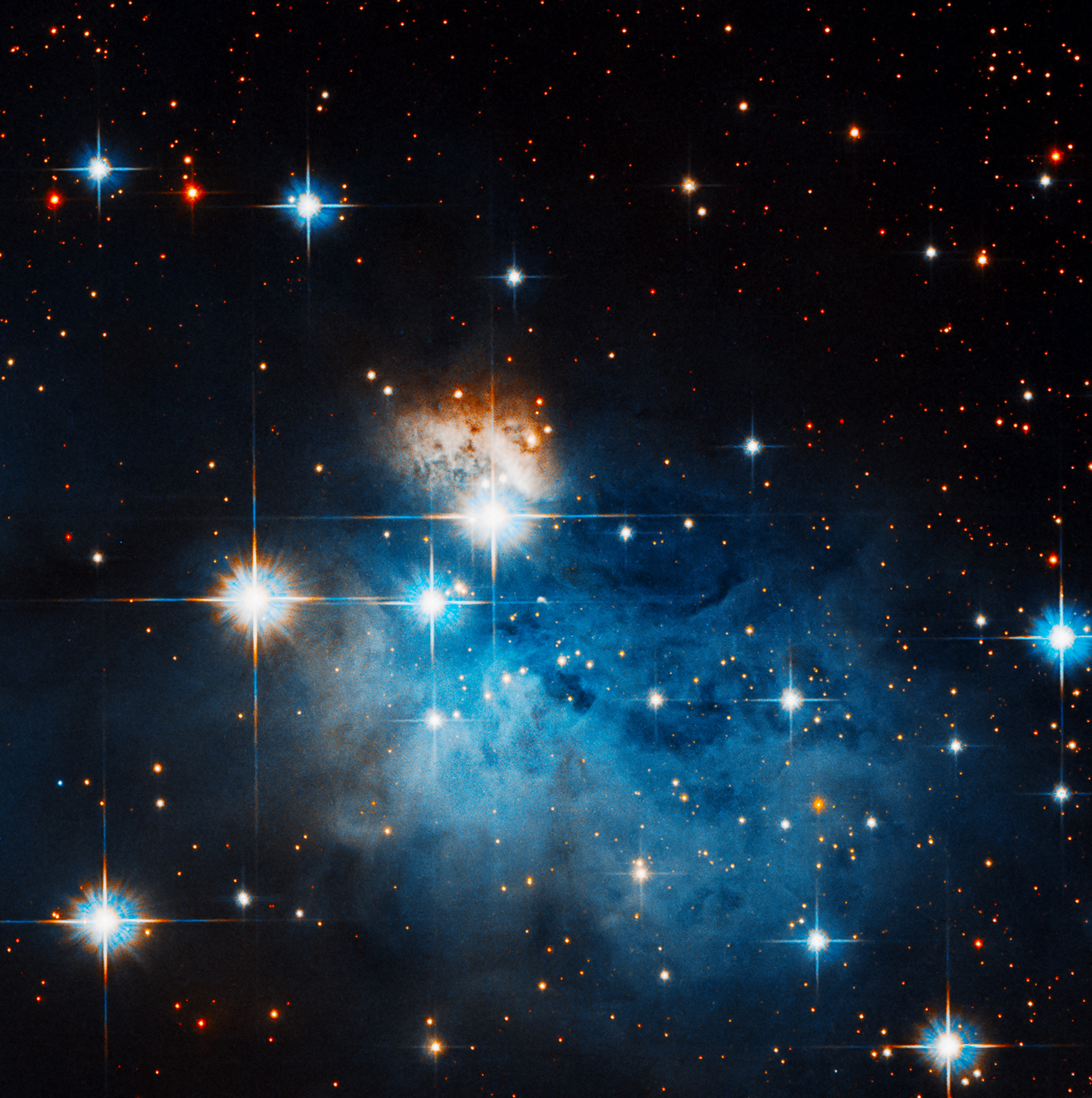 Continuing with my visual tour of nearby stars and their systems, we travel to Groombridge 1618, about 15.88 light years distant.

Groombridge 1618 is 15.88 light years from Sol; the plane (green) is aligned with the orientation of the plane of the Milky Way galaxy. Credit: SpaceEngine / Bob Trembley.

Groombridge 1618 is a star in the northern constellation Ursa Major. With an apparent visual magnitude of +6.6, it lies at or below the threshold of stars visible to the naked eye for an average observer. It is relatively close to Earth, at 15.88 light years. This is a main sequence star of spectral type K7.5 Ve, having just 67% of the Sun's mass. There is a suspected planetary companion with an orbital period of 122 days.

This star was first identified as entry 1618 in the work A Catalog of Circumpolar Stars by Stephen Groombridge published posthumously in 1838. It has such a proper motion across the sky that it guaranteed the star was quite nearby and made it an early candidate for parallax measurements. In 1884 the parallax angle was measured as 0″.322 ± 0″.023, which is larger than the modern value of 0″.205.

Groombridge 1618 has a stellar classification of K8 V, which means it is a K-type main sequence star that is generating energy by fusing hydrogen at its core. It has 67% of the mass of the Sun, 61% of the Sun's radius, but radiates only 15% of the Sun's energy and only 4.6% of the Sun's energy in the visible light spectrum. The effective surface temperature of the star's photosphere is about 4,000 K, giving it an orange hue.

It is a BY Draconis variable with a surface magnetic field strength of 750 G. The chromosphere is relatively inactive and produces star spots comparable to Sun spots. However, like UV Ceti, it has been observed to undergo increases in luminosity as a flare star.

A search for excess infrared emission from this star by the Infrared Space Observatory came up negative, implying that Groombridge 1618 does not possess a nearby debris disk (such as Vega does). However, observations using the Herschel Space Observatory showed a small excess suggesting a low-temperature debris disk. The data can be modeled by a ring of coarse, highly-reflective dust at a temperature below 22 K orbiting at least 51 AU from the host star. If this star does have a companion, astrometric measurements appear to place an upper bound of 3–12 times the mass of Jupiter on such a hypothetical object (for orbital periods in the range of 5–50 years).

Those observations collated by Marcy & Benitz (1989), tend towards a single notable object with periodicity of 122 days as a planetary object with minimum mass 4 times that of Jupiter. This candidate planet has not been confirmed and the signal the authors had found could have been due to intrinsic stellar activity from the star's young age. If confirmed, the planet would be within the star's habitable zone. - Wikipedia

One of the parrots we've owned for nearly 2 decades passed and it hit me incredibly hard.

A better pic of Orion. pic.twitter.com/LU1TMWZQvO