Mercury joins Venus and Spica in the southeastern predawn sky this week.

Mars remains high in southern sky after sunset all week; the Moon will appear near Mars on Dec. 14th.

See if you can spot all these objects in the south-southwestern sky at dusk on Dec. 11th.

The star Fomalhaut (see above image) is one of the brightest stars in the sky; it is a main sequence class A star approximately 25 light-years from the Sun. In a small telescope, it looks pretty much like any another bright star - but this star has a story!

This image shows Fomalhaut, the star around which the newly discovered planet orbits. Fomalhaut is much hotter than our Sun, 15 times as bright, and lies 25 light-years from Earth. It is blazing through hydrogen at such a furious rate that it will burn out in only one billion years, 10% the lifespan of our star. The field of view is 2.7 x 2.9 degrees. Credit: NASA, ESA, and the Digitized Sky Survey 2. Acknowledgment: Davide De Martin (ESA/Hubble)

A ring of dust was discovered around this star, being shepherded by a large exoplanet with a 2000-year orbit! This exoplanet has be directly imaged using the Hubble Space Telescope. 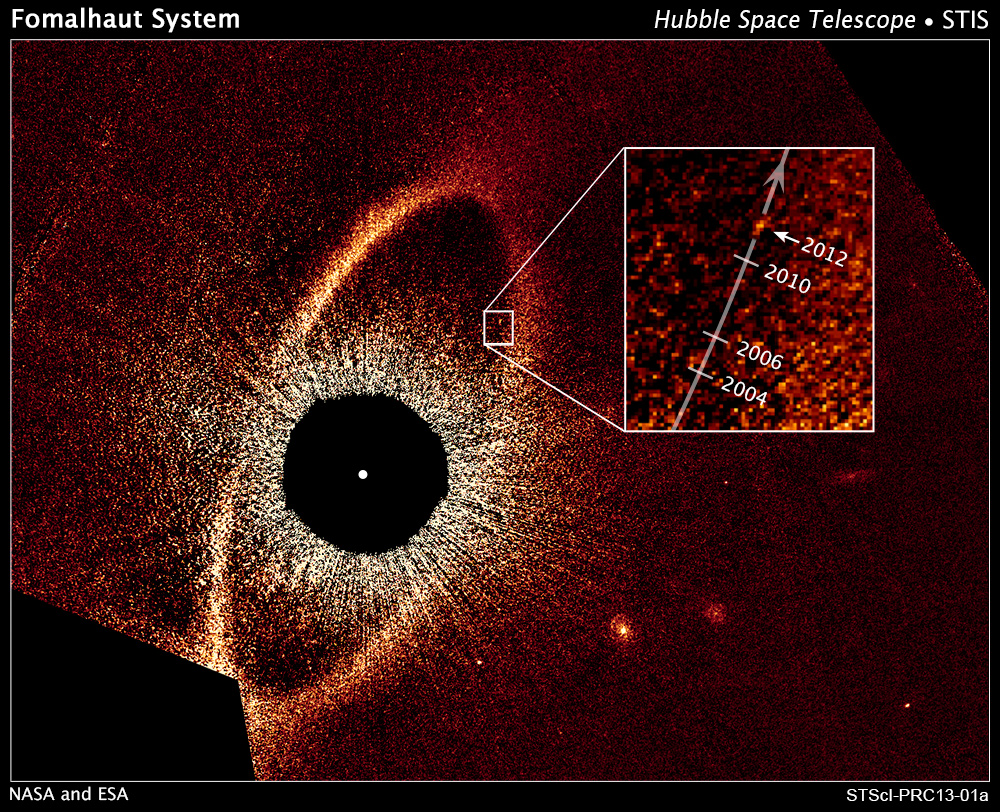 This humorous video about exoplanet Fomalhaut B was released before Halloween 2012:

We have a sunspot - a small one, and as of this writing an unnamed one... I did a bit of searching, but could not find who assigns the Active Region (AR) number to sunspots - so I asked:

@spaceweather is showing a developing sunspot, which is clearly visible on the SDO website. Apparently this spot does not yet have an "AR" designation.

Coronal holes remain open at both poles - the southern hole appearing much larger than the last few weeks. You can see a region of coronal activity slightly north of the equator where the sunspot is developing.

WOW! If you were lucky, you got to see one of the spectacular looping prominences that appeared on the Sun's limb over the last couple days.

In this diagram of the inner solar system, all of the fireball orbits from Dec. 10, 2018 intersect at a single point--Earth. Source: Spaceweather.com

Earth is entering the debris stream from comet 3200 Phaethon. Members of the International Meteor Organization report seeing more than 10 meteors per hour, rates that could increase 8-10-fold by Dec. 14th, when the shower is at its peak. The best time to see meteors is during the hours before dawn; Geminid meteors appear to radiate from the constellation Gemini is high in the sky. [SpaceWeather.com photo gallery] 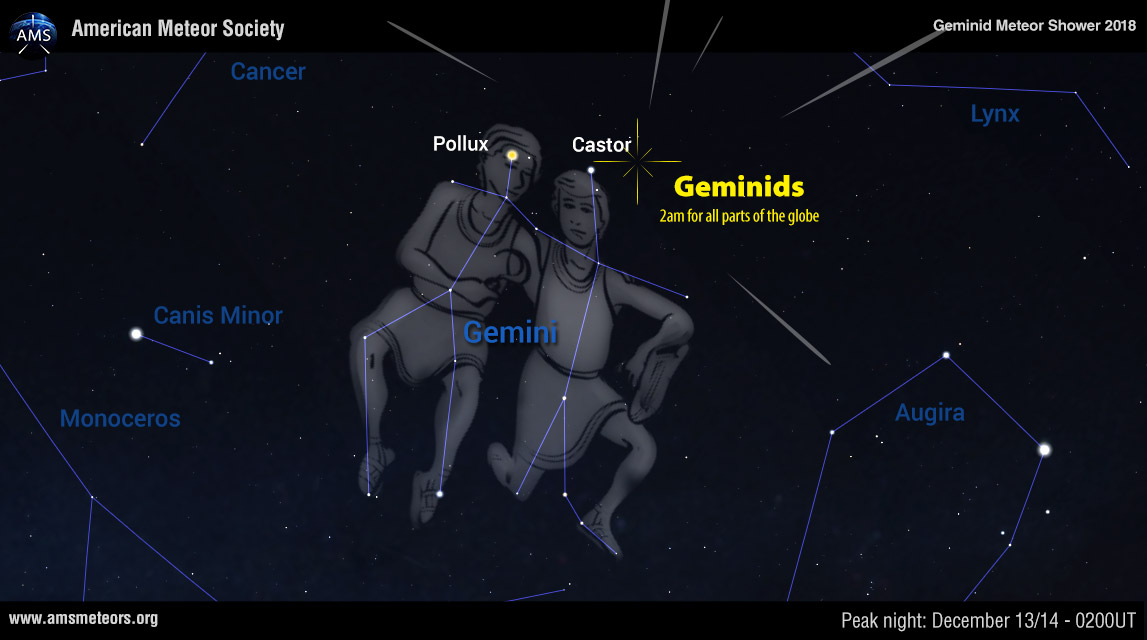 Wow Doug... there's a LOT going on in all those windows!

This is the position of the planets and a couple spacecraft in the solar system; the Parker Solar Probe has recrossed the orbit of Venus.

Position of the planets in the inner solar system, Dec. 11, 2018. Credit: NASA Eyes on the Solar System / Bob Trembley.

Comet 67P/Churyumov–Gerasimenko is very near the planet Jupiter!

Position of the planets in the middle solar system, Dec. 11, 2018. Credit: NASA Eyes on the Solar System / Bob Trembley.

Read more about the discoveries my team has made about Bennu so far: https://t.co/In5Pow2lgt #WelcomeToBennu #AGU18 pic.twitter.com/s9s1uTbzo6

ICYMI: I've been feeling the Martian breeze on my solar panels. Listen to this calm and definitely otherworldly audio I’ve picked up.
🎼 The plains are alive with the #SoundsOfMars! 🎼

🚨 SPACE NEWS ALERT@NASAVoyager 2 has exited the heliosphere—the protective bubble of particles and magnetic fields created by the Sun—and crossed into interstellar space—the stuff between the stars. https://t.co/69Rq5Obcr0#AGU18 pic.twitter.com/i4jTmGeHm3