The HiRISE instrument aboard NASA's Mars Reconnaissance Orbiter (MRO) captured this image of a "relatively new" impact crater (within about a decade) that triggered a slope streak. 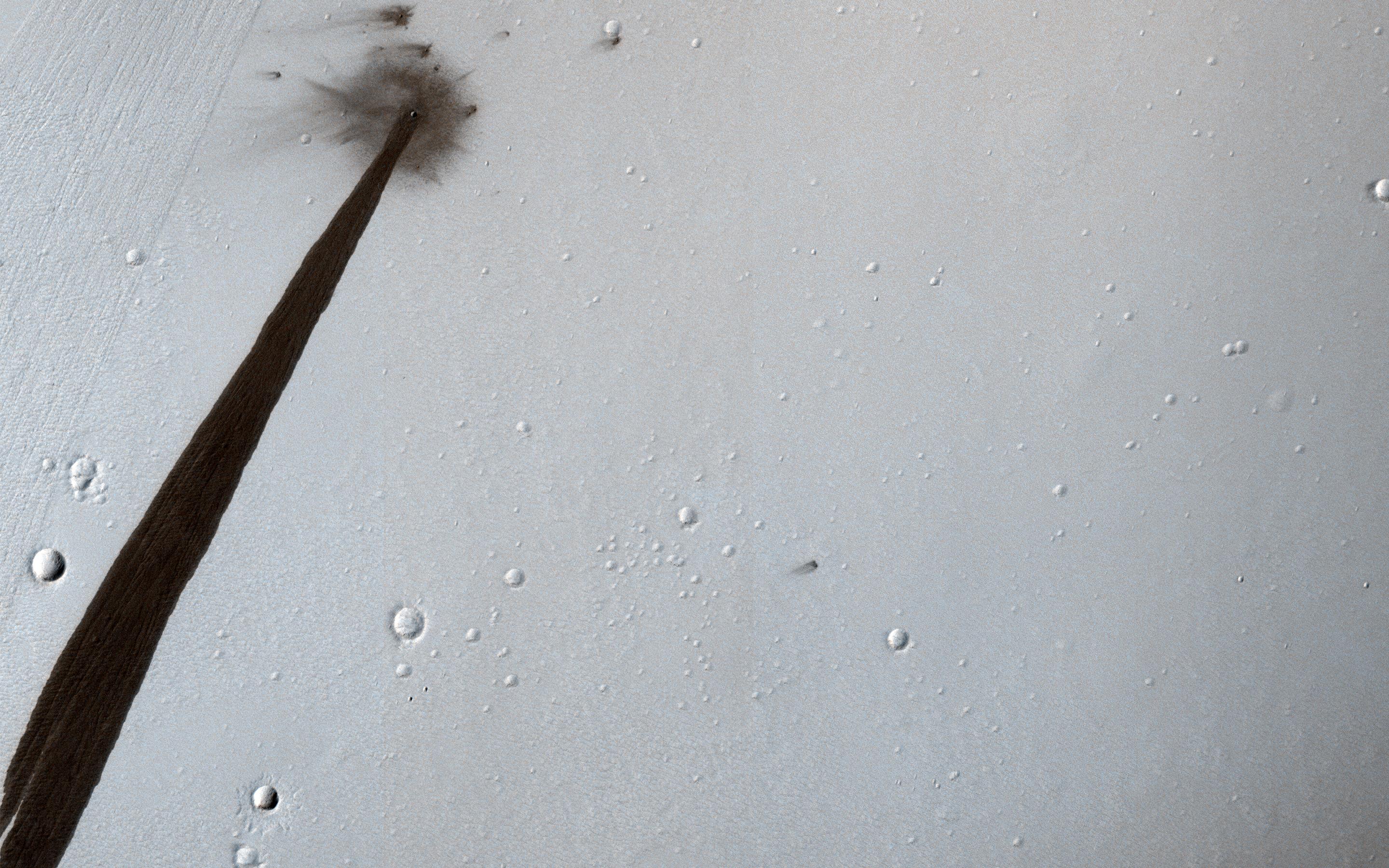 When the meteoroid impacted on Mars' surface, the resulting explosion carved out a 5 meter crater, and destabilized the area around the crater, which initiated an avalanche.

The slope streak left behind from the avalanche is one kilometer long! Slope streaks are created when dust avalanches leave behind a dark swath on Martian hills. The faded scar of an old avalanche is also visible to the side of the new dark streak. 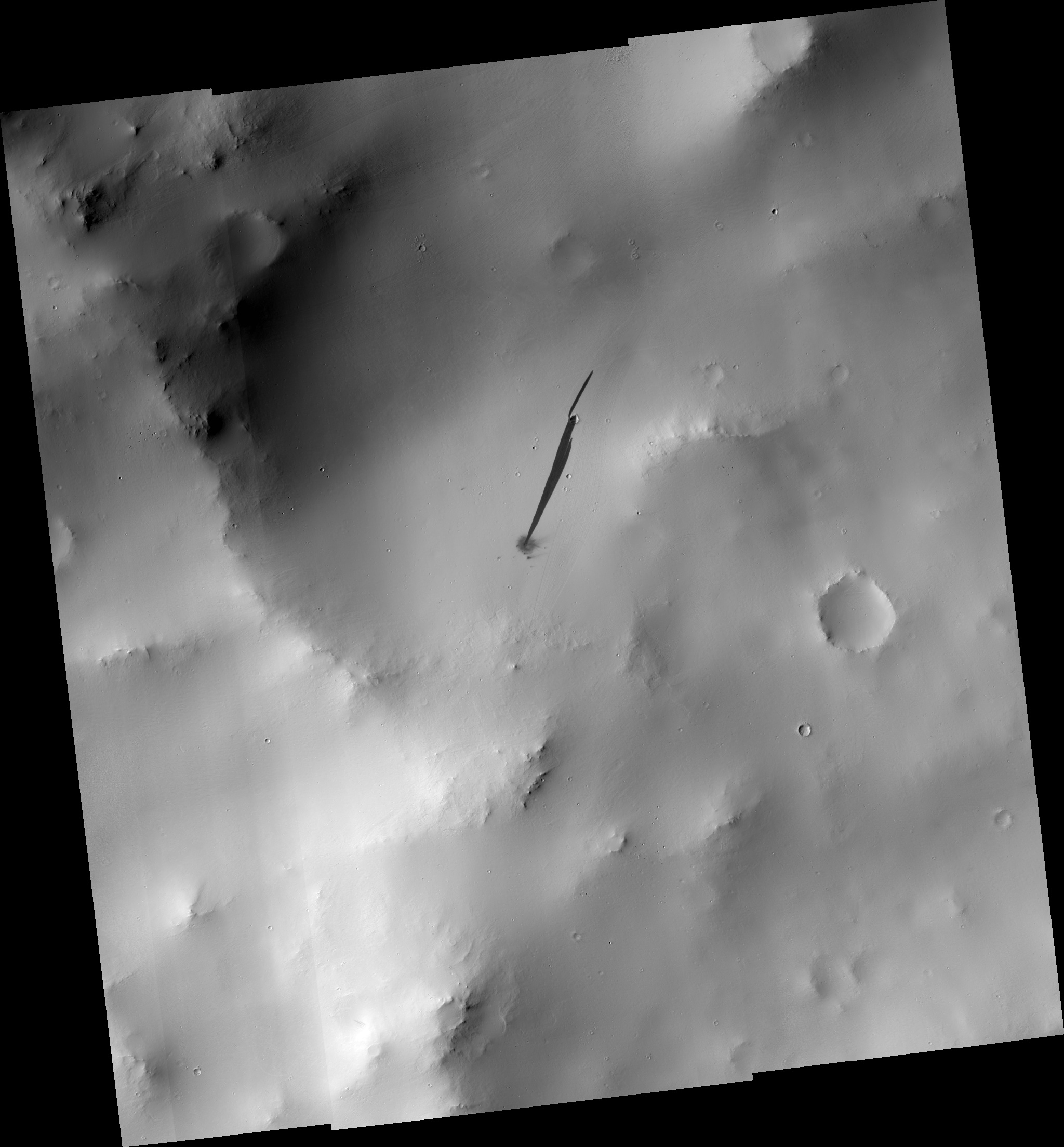 The Mars Reconnaissance Orbiter is in a polar orbit of Mars, continually monitoring the surface and weather conditions of the planet, and acting as a communications relay for current and future missions.The MRO hosts several scientific instruments including: spectrometers, radar and cameras which scientists use to analyze Mars' land formations, rock strata and stratification, minerals, and ices.