Artist concept of the landing of the Chang'e-4 lunar probe Credit: Xinhua/Jin Liwang

In a week extraordinarily filled with space exploration milestones, China has landed a probe softly on far side of the Moon! The China National Space Administration announced that the probe landed on Jan. 3, 2019 at 10:26 a.m. Beijing Time.

BEIJING, Jan. 3 (Xinhua) -- China's Chang'e-4 probe touched down on the far side of the moon Thursday, becoming the first spacecraft soft-landing on the moon's uncharted side never visible from Earth.

The probe, comprising a lander and a rover, landed at the preselected landing area at 177.6 degrees east longitude and 45.5 degrees south latitude on the far side of the moon at 10:26 a.m. Beijing Time, the China National Space Administration announced. - Xinhua

China's Chang'E-4 probe landed on the farside of the moon about one hour ago. Congratulations!
The video shows the landing sequence of the Chang'E-3 probe. pic.twitter.com/Zg3KMkxrF2

What does the far side of the moon look like?
China's Chang'e-4 probe gives you the answer.
It landed on the never-visible side of the moon Jan. 3 https://t.co/KVCEhLuHKT pic.twitter.com/BiKjh7Fv22

Congratulations to China’s Chang’e-4 team for what appears to be a successful landing on the far side of the Moon. This is a first for humanity and an impressive accomplishment! pic.twitter.com/JfcBVsjRC8

The landing site is a smooth plain within the crater Von Kármán on the Moon's far side. Credit: Public Domain

As a player of Kerbal Space Program, one of the first things I thought was: HOW do they communicate with the lander? There MUST be an orbiter or relay satellite of some sort. I was right! This Wikipedia entry answered it for me:

Direct communications with Earth are impossible on the far side of the Moon, since transmissions are blocked by the Moon itself. Communications must go through a communications relay satellite, which is placed at a location that has a clear view of both the landing side and the Earth. On 20 May 2018, CNSA launched the Queqiao (Chinese: 鹊桥; pinyin: Quèqiáo, meaning "Magpie Bridge") relay satellite to a halo orbit around the Earth–Moon L2 point. The relay satellite has a mass of 425 kg (937 lb), and it uses a 4.2 m (14 ft) antenna to receive X band signals from the lander and rover, and relay them to Earth control on the S band.

The spacecraft took 24 days to reach L2, using a lunar swing-by to save fuel. On 14 June 2018, Queqiao finished its final adjustment burn and entered the L2 halo mission orbit, which is about 65,000 kilometers from the Moon. This is the first lunar relay satellite at this location. The Queqiao satellite will communicate between Earth and the Chang'e 4 lander Credit: China Aerospace Science and Technology Corporation

As part of the Chang'e 4 mission, two microsatellites (45 kg (99 lb) each) named Longjiang-1 and Longjiang-2 (Chinese for "Dragon River"), were launched along with Queqiao in May 2018. However, Longjiang-1 failed to enter lunar orbit, while Longjiang-2 succeeded and is currently operational in lunar orbit. These microsatellites were tasked to observe the sky at very low frequencies (1-30 MHz), corresponding to wavelengths of 300 m to 10 m, with the aim of studying energetic phenomena from celestial sources. Due to the Earth's ionosphere, no observations in this frequency range have been done in Earth orbit, offering potential breakthrough science. 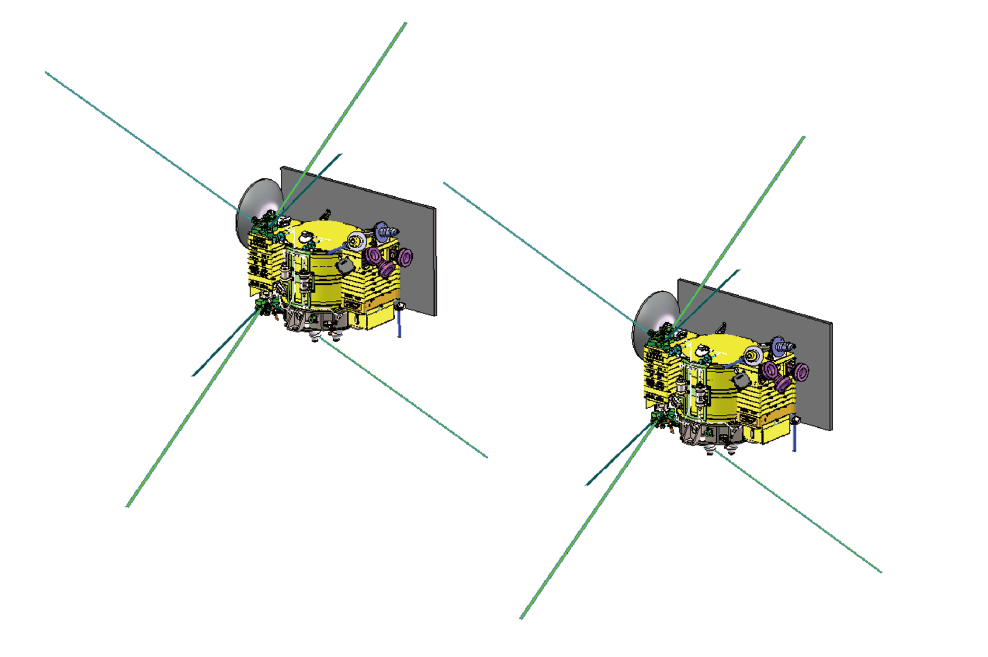 As is the case with many of China's space missions, the details of the spacecraft and the mission in general have been limited. What is known is that much of the Chang'e 4 lander and rover design is modeled after Chang'e-3 and its Yutu rover. In fact, Chang'e 4 was built as a backup to Chang'e 3, but has been adapted to the specifics of the new mission. The lander and rover were launched six months after the launch of the Queqiao relay satellite, on 7 December 2018, 18:23 UTC.

After landing, the lander will extend a ramp to deploy the rover to the lunar surface. The rover measures 1.5 × 1.0 × 1.0 m (4.9 × 3.3 × 3.3 ft) and has a mass of 140 kg (310 lb). The rover was fabricated at Dongguan, Guangdong province, is solar-powered, and it is propelled by six wheels. The rover's nominal operating time is three months, but after the experience with Yutu rover in 2013, the rover design was improved and Chinese engineers are hopeful it will operate for "a few years". 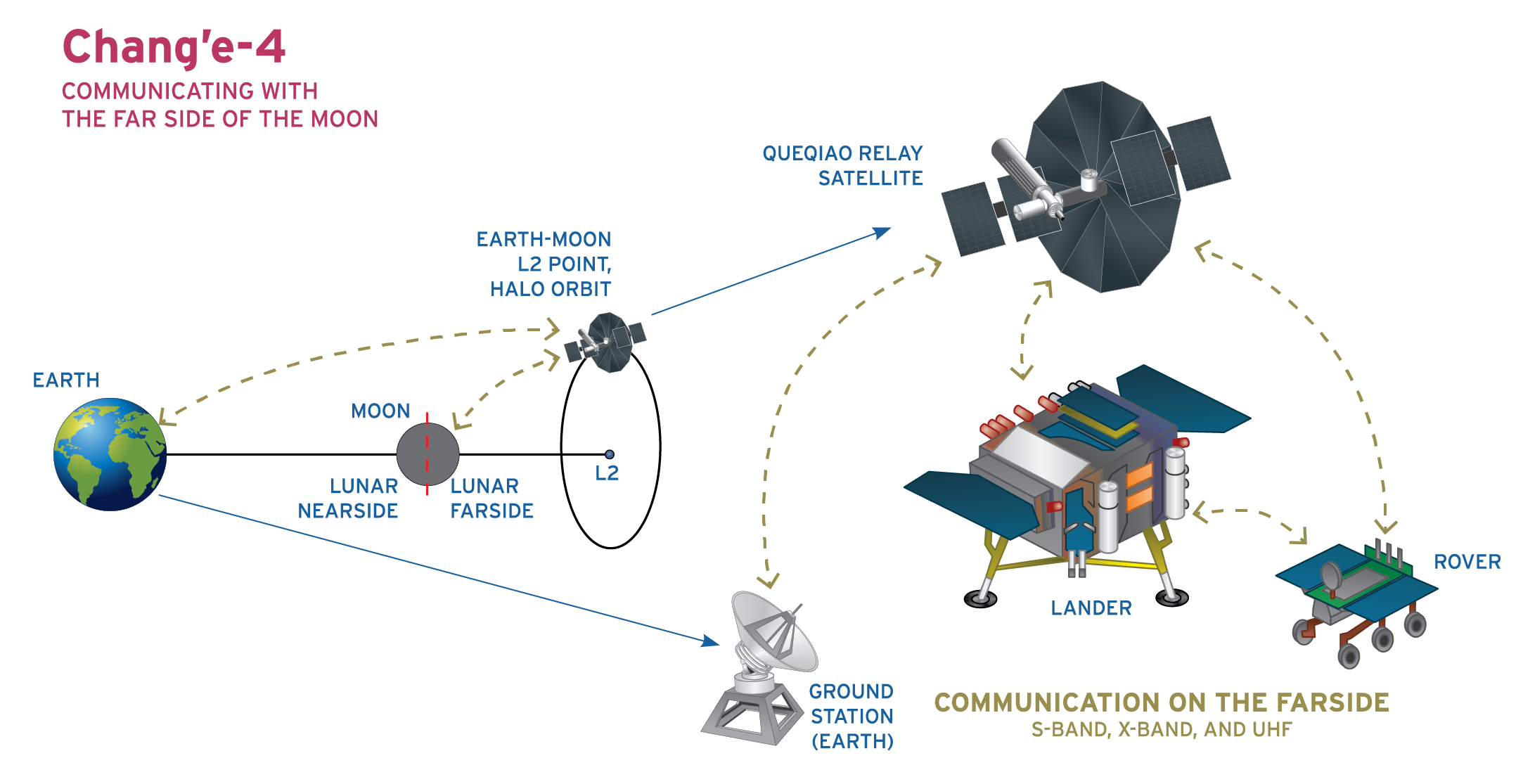