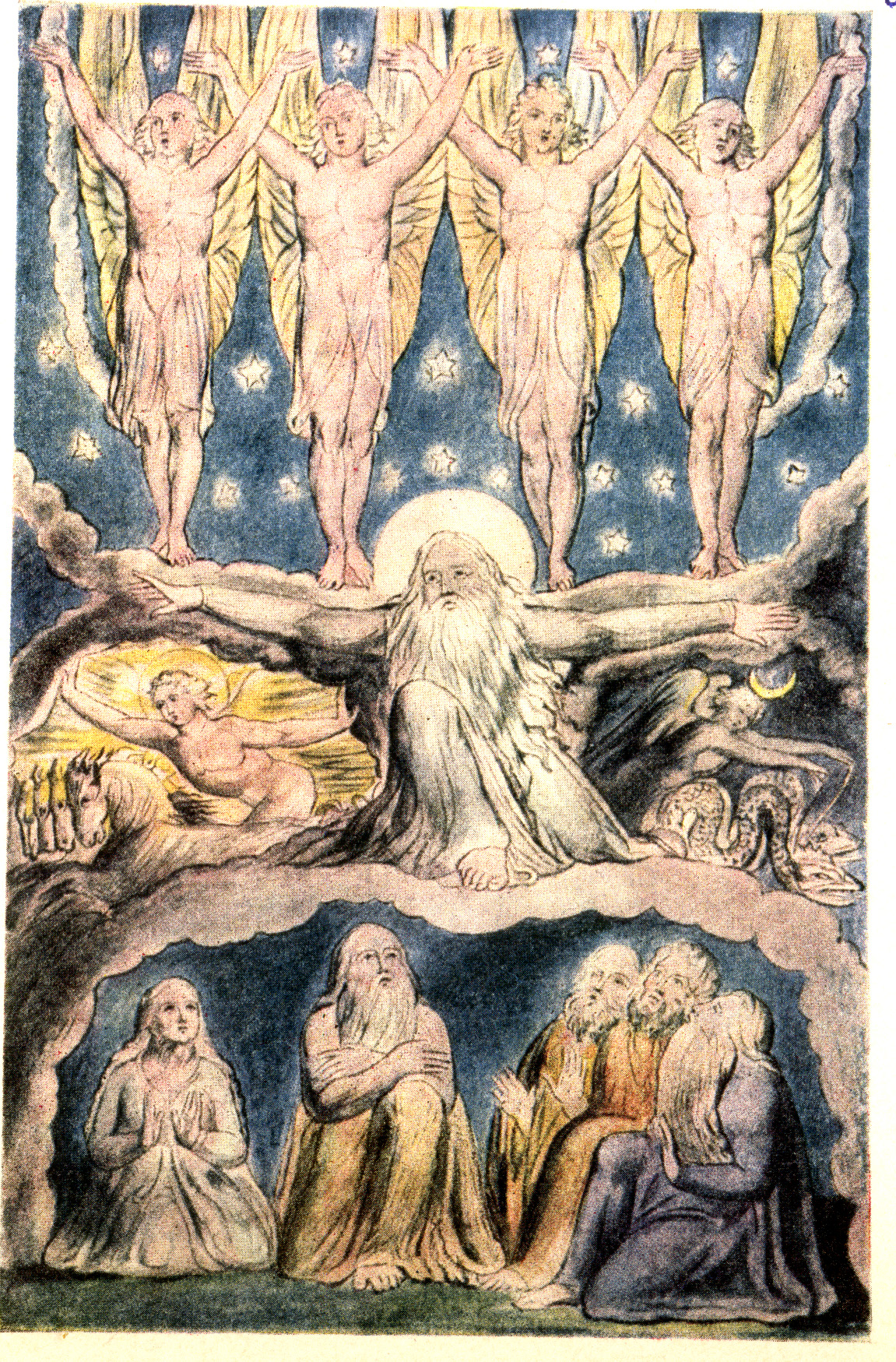 Blake's illustrations of the morning stars from the Book of Job

Job is not a book most people think of for the Christmas season. But there’s an echo of the angels’ Christmas song to the shepherds when God asks Job (in Chapter 38, verse 7) if any human can claim to have been around at the moment of creation, that time “when the morning stars sang together, and all the heavenly beings shouted for joy.”

The song of the morning stars is poetry of the highest order. Kepler referred to the motions of the planets among those stars as “the music of the spheres.” In one of my favorite childhood novels, A Swiftly Tilting Planet by Madeleine L’Engle (who, sadly, died this past year [2007]), her young hero actually encounters, in person, the singing spirits of stars. The image reminds us that in its essence, creation is a source of joy; and a lot of fun. 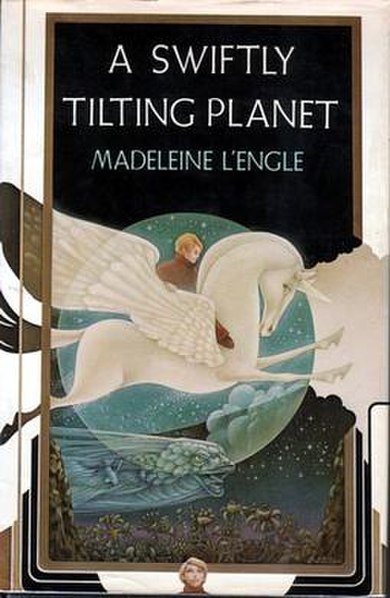 Flying, and singing, among the stars... a favorite childhood book

What’s it like, I am sometimes asked, to be both a Jesuit brother and an astronomer? I can compare it most easily to another memory from my childhood. I can recall a rainy summer afternoon, in our cottage by Lake Huron, spent playing cards with my mother. I couldn’t have been more than nine or ten years old, and I have never been much of a card player, but that wasn’t the point. It was a way for her to spend time with me, a young boy who would squirm at any overt sign of affection, a way of showing me that I was loved.

Christmas is a season for children, and a season of presents. But more than that, it’s a season of presence. Whether it’s visiting my two-year-old goddaughter in London, or chatting over the computer with my mother and father (now in their late 80’s, living in Florida), the message is the same. We show our love by being there.

And if you find yourself sitting uncomfortably on a stiff sofa, agonizing over what to say next to someone you haven’t seen since last Christmas, then it’s time to pull out the Scrabble board, deal the cards, or at least turn on the television and together watch your favorite team lose another match. Play is a way of breaking down the shyness that sometimes grows between family and friends.

So how is that like being a Jesuit scientist? Because I feel that same emotion, now, in the lab. Every corner of nature that I puzzle over, every data set I plot hoping to see a pattern jump out, is a little game set for me by the Creator. Every time I finally get the solution, I can feel him cheering me on, laughing and saying, “Great! Now here’s another one.” Science is the greatest game; a game I get to play with God. It’s his way of telling me he loves me. My mom taught me that. And in the background, the stars sing for joy.

There’s another lesson to be found in the stars who sing, the heavenly beings, the angels who greeted to the shepherds. The writers of scripture were not afraid to conceive that in this vast creation God made more beings than just us humans to share in the joy of worship. In this wide, wild universe, perhaps but one in an infinity of multiverses, how could we think we were God’s only children?

Indeed, we can look at the multitude of stars overhead now silent in the night (to our ears, at least), and despair that God could ever notice us amongst all that cold, vast beauty. But notice us, he did. Two thousand years ago, in a tiny stable on our tiny planet, the joy of creation was so enticing that the Creator himself joined in the song. The Word became flesh... and played among us.