This column first ran in The Tablet in October 2018

Re-reading an old science fiction book, I came across reference to the “Russell Diagram”, the relation between a star’s intrinsic brightness and its spectral class. It’s the foundation of modern astrophysics, known to every student of astronomy. Except, we all know it as the “Hertzsprung-Russell” diagram. Was the author just saving words? No, he’d learned his astronomy in the 1920s, when the law was named only for Henry Norris Russell. In the 1930s a meeting of the International Astronomical Union (IAU) decided to also honor Ejnar Hertzsprung; he had created such a diagram in 1911 for stellar clusters, while Russell used more general assumptions in his 1913 version. The two astronomers were lifelong friends and often joked about how each one’s work would parallel and confirm the other’s. 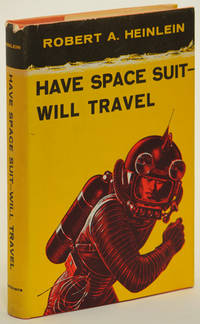 The book was Have Spacesuit Will Travel. It came out in the 1950s, but its author, Robert Heinlein, learned his astronomy at Annapolis in the 1920s

That bit of history came up at [the 2018] IAU meeting, held in Vienna, because a similar change is in the making. For years we have honored Edwin Hubble for his law relating the distance of a cluster of galaxies and how fast it is receding (from our point of view). It’s the foundation of modern cosmology, evidence of an expanding universe. But, though Hubble published his diagram in 1929, the law had been theorized by Georges Lemaître (the Belgian priest-astrophysicist) two years earlier. Should it be the Hubble-Lemaître Law? A straw ballot in Vienna showed strong support for the change. But, having learned from the Pluto controversy, the IAU has now invited all its members to vote electronically. The results should be in by the end of October. [It passed overwhelmingly.]

Names are, in one sense, merely functional. They give us a short-hand way to refer to a law, or a crater, or a human. But of course they are so much more. A person’s name can reveal the history of a family or a nation. And the namer is presumed to have authority over the named — see Adam naming the animals in Genesis 2:19.

I serve on the IAU’s Working Group on Planetary System Nomenclature. We usually work via email, but in September [2018] we met face to face in Flagstaff, Arizona, near the US Geological Survey offices where planets are mapped. One of our tasks in Flagstaff was to come up with names honoring the famous “Earthrise” photo, taken by the Apollo 8 astronauts as they passed behind the Moon and finally saw our planet reappear, fifty years ago this Christmas. It showed humanity our home in all its beauty and fragility. Now two small craters in that photo bear the names “Ander’s Earthrise” and “8 Homeward.” The astronauts helped choose the names; all three — Ed Anders, Frank Borman, and James Lovell — were present at the banquet where this was announced on October 5.

Though names are meant to be functional, they do also serve to remind us of people and events that we do not wish to forget. Some people look for a sort of “immortality” in having things (or people) bear their names. Of course, nothing is truly immortal this way. And there’s always the risk that you’ll be named for a law that turns out to be wrong, or the comet that ends all life on Earth!

Ironically, Hubble never accepted the implications of his own law for an expanding universe. And Lemaître cared so little for credit that when he translated his original paper on the expanding universe from French into English, he dropped the bit predicting galaxy motions; he felt Hubble’s observations had already superseded his predictions.