And then I wrote... Last month in this space I ran a number of book reviews. I was planning to go back to more of them later in the year, but with the recent death (March 22) of Bill Cassidy, the man who founded the Antarctic Search for Meteorites program, I thought it would be timely to run here a copy of the review I wrote in 2003 of his classic book on Antarctic Meteorite hunting. 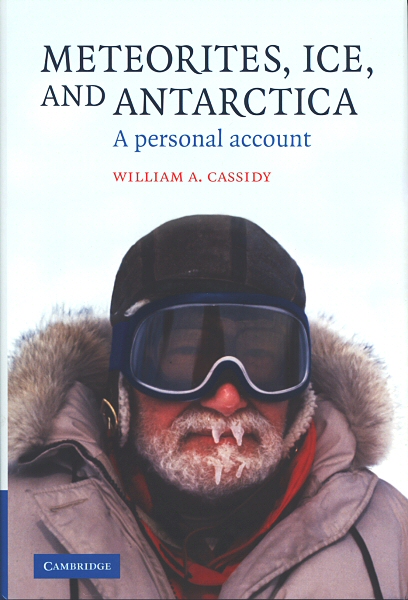 Oddly enough, this article was not listed in my own personal bibliography and so it took a bit of looking to figure if and where it actually was published. From the internal evidence I figured out that it had been written for the late, lamented Meteorite! Magazine but since that went out of business many years back, it doesn’t have a convenient web site to check. Fortunately, among the past editors were our own Larry and Nancy Lebofsky. They looked through their back issues and discovered that it had appeared there in November, 2003.)

You’d expect a personal account of hunting meteorites in Antarctica, written by the genial American scientist who founded the NSF-sponsored ANSMET (Antarctic Search for Meteorites) program back in 1976, to be filled with good stories and firsthand history. A book with that alone would have been an easy tale to write (as I did myself, describing my 1996 ANSMET experience in the May, 1999 issue of Meteorite!). And Bill Cassidy’s book, Meteorites, Ice, and Antarctica, does have plenty of such stories. But it has much, much more: it’s also… [In order to read the rest of this post, you have to be a paid-up member of Sacred Space, and logged in as such!]