In 2012 I was invited to write an article about the exploration of Mars; “Curiosity e l’esplorazione di Marte” appeared in the Jesuit journal La Civiltà Cattolica on November 17,2012. Here is the original English version that I submitted to them. As it is more than 5000 words long, I will publish it over two weeks. 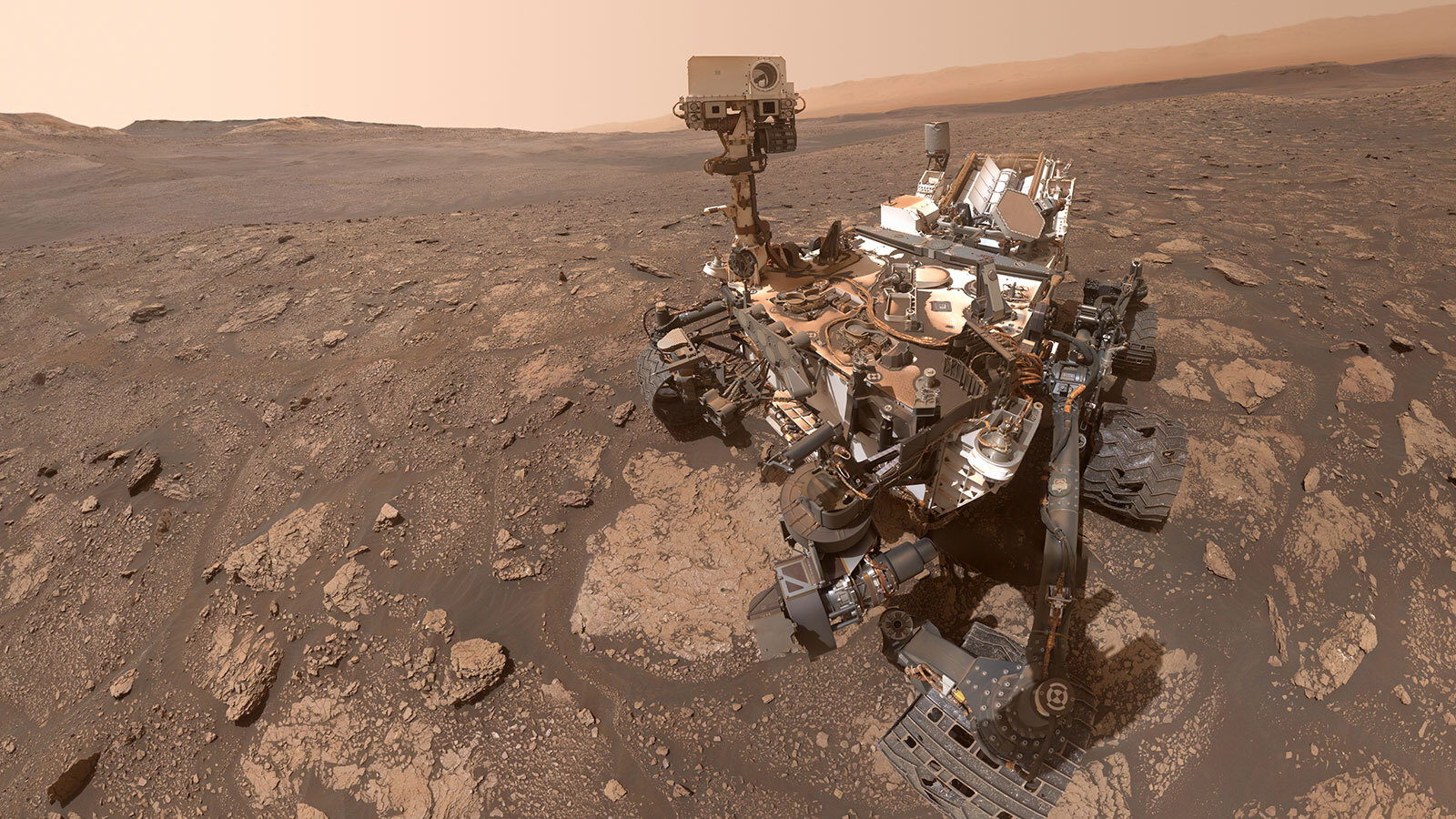 NASA's Curiosity Mars rover took this selfie at a location nicknamed "Mary Anning" after a 19th century English paleontologist. Curiosity snagged three samples of drilled rock at this site on its way out of the Glen Torridon region, which scientists believe preserves an ancient habitable environment. Credit: NASA/JPL-Caltech/MSSS.

One cannot make an observation of anything in nature without, in some way, altering the very object we are trying to observe. In quantum physics, we know that if we shine even the tiniest bit of light, a massless photon, onto a particle to determine its position or momentum, the impact of that photon will nudge the particle into a different position with a changed momentum. What we thought we were observing will have become changed by the very fact of us looking at it.

The landing of a spacecraft onto a planet also makes a tiny nudge on the planet’s path through space. Of course, for all intents and purposes that change is utterly negligible. But there are other ways that it can alter the place it is trying to observe.

The Curiosity Rover, which arrived on the surface of Mars on August 6, 2012 (Rome time), is a robotic chemistry lab on wheels about the size of a Fiat 500. It is capable of traveling across the Martian surface to reach and sample rocks from many different geologic strata, looking for organic chemicals that may give us clues as to the likelihood of life now, or in the past, on that planet. The design of the mission centered on probing Mars’ surface rocks for organic chemicals; thus it has taken great pains to reduce to a minimum how much it disturbs and changes the very chemicals it is looking for, and not introduce its own organic contaminants into the Martian ecosystem.

For example, consider the unusual way it came to land on the surface of Mars. When the spacecraft reached the top of the Martian atmosphere, it was traveling at nearly 6 kilometer per second, or more than 21,000 km/hr; the gravity of Mars would only increase this speed as the lander fell toward its surface. The challenge has always been to slow such a spacecraft down to come to a gentle landing on the surface that would damage neither the lander nor the surface on which it was landing. Previous landers have used a combination of parachutes, airbags, and rockets. (The thin Martian air means that, unlike landing on Earth, parachutes alone cannot slow down a Mars lander.) But the exhaust from rockets can contaminate the surface around the landing site.

Some landers have been encased in large inflated airbags, similar to those in your car, made of Kevlar (the stuff of body armor) that “bounced” on the surface, but Curiosity was much too large to use such a landing system. Instead, it used a parachute and rockets mounted on a separate stage; beneath it dangled the lander on a 7.5 meter tether. Once it sensed that the lander had touched down, the rocket stage detached itself and flew off to crash a few hundred meters away from the rover. By keeping the rockets well above the surface of the planet, contamination from the rockets was kept to a minimum.